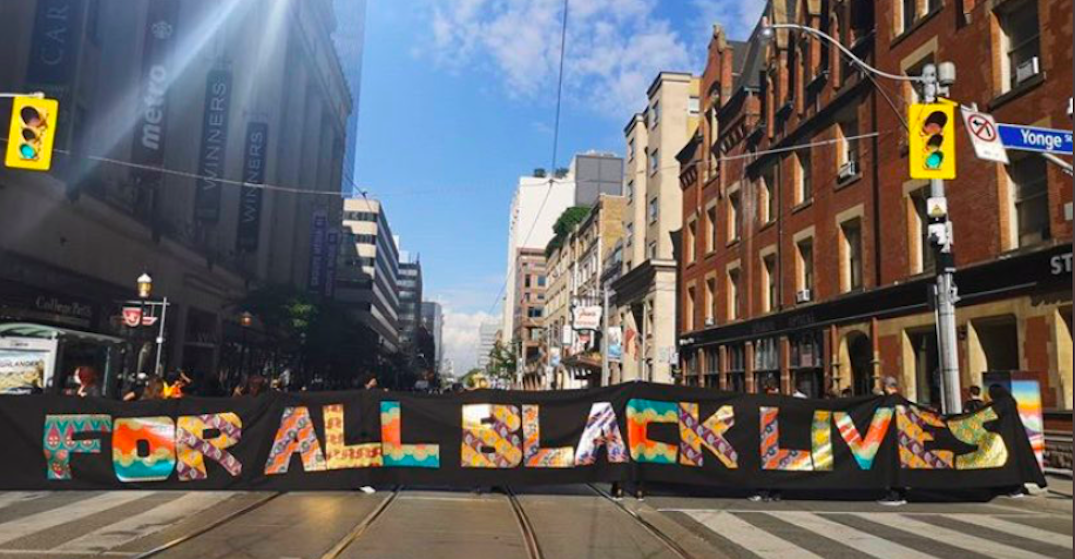 Black Lives Matter is holding a memorial and march for Regis Korchinski-Paquet on Saturday, July 25.

The Regis Korchinski-Paquet Walk for Justice, is organized by her family and supported by Black Lives Matter — Toronto, Afro-Latin-America and the Abya Yala Education Network.

The Memorial Service will begin at 1 pm at 100 High Park Avenue.

Korchinski-Paquet, a 29-year-old Black and Indigenous woman, died in the context of a police interaction near High Park on May 27, according to Black Lives Matter.

“Like so many other Black and Indigenous peoples, including Chantel Moore and D’Andre Campbell in recent months, the police had been called to support her in a crisis and this resulted instead in her tragic death,” the statement from BLM reads.

“Her family, community, and supporters are gathering for a memorial service, march, and performances, to demand justice, and an end to the constant deaths of Black and Indigenous community members at hands of police.”

The march is set to be the 1st Annual Walk for Justice in Regis’s name.

Black Lives Matter — Toronto first organized a march at the end of May for Korchinski-Paquet and in response to the death of George Floyd in the US.

Another protest occurred on — Juneteenth — June 19 — the day honours the emancipation of enslaved people in the United States.

The sit-in was held outside of Toronto police headquarters to defund the police.