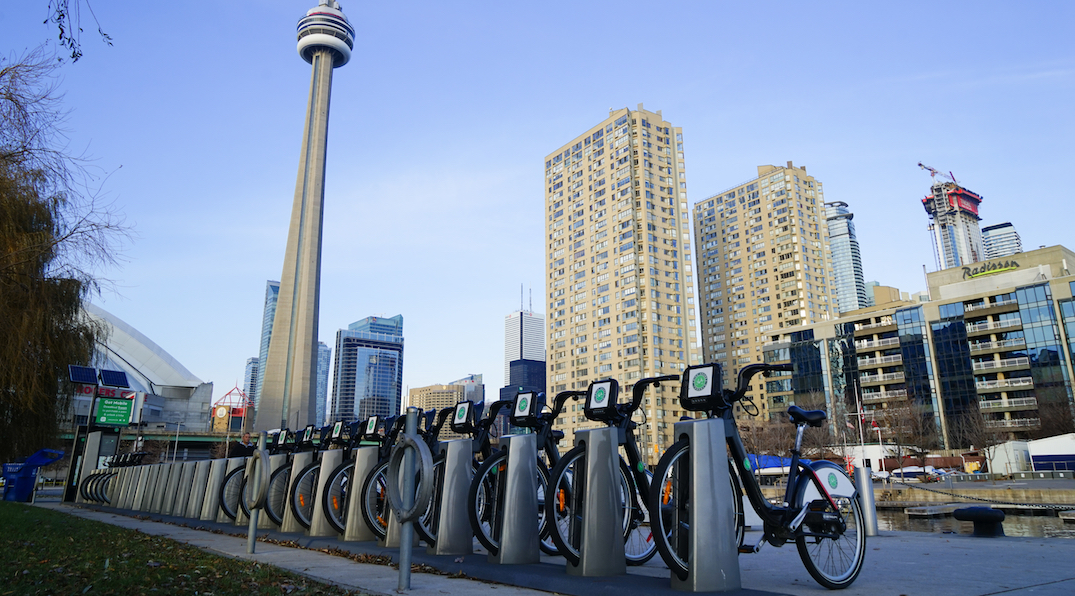 Free bike rides are returning to Toronto starting in September.

Bike Share Toronto announced it will be offering free rides to cycling commuters in the city on Wednesdays beginning September 2.

Thanks to the sponsorship of CAA South Central Ontario, Toronto residents can take advantage of $0 24 hour Access Passes every Wednesday to enjoy unlimited 30-minute, station-to-station trips for 24 consecutive hours.

Free Ride Wednesdays is available to all, whether you’re a CAA Member or not.

“Free Ride Wednesday is a great way for residents to explore the city and to become familiar with the Bike Share system. Cycling has increasingly become a mode of transportation for people in this city to use and to get around,” Mayor John Tory said.

“Our city is committed to investing in our cycling infrastructure by creating new bike lanes and investing in the Bike Share expansion to ensure that residents have opportunities to cycle across the city. I encourage residents to hop on a bike and take advantage of this year’s Free Ride Wednesdays during the month of September.”

The e-bikes allow users to travel a maximum of 25 kilometers and can travel up to 70 kilometers without requiring a charge.

The City also noted Bike Share Toronto has ramped up its cleaning program during the COVID-19 pandemic and they add the best way to prevent infection is to follow the recommended personal hygiene measures by cleaning your bike before use.

In order to use the free Bike Share program in September, it’s relatively easy.

On Wednesdays in September, go to one of the 625 stations or download the PBSC/CycleFinder app.

You then select “Buy a Pass” on a kiosk touch screen or app, select “$0 One-Day Pass” and follow the on screen instructions.

In order to get riding you enter a 5-digit ride code on any dock with an available bike or unlock via CycleFinder/PBSC app’s QR code easy unlock feature.

You can then enjoy unlimited 30-minute, station-to-station trips and for every trip exceeding 30 minutes, average fees will accumulate at a rate of $4 per additional 30 minutes of trip time.

To obtain a new code and ride again, select “I Have a Pass” at a station kiosk and insert your credit card, or use the app.

While the summer may be coming to a close, now there’s something to look forward to come the fall.