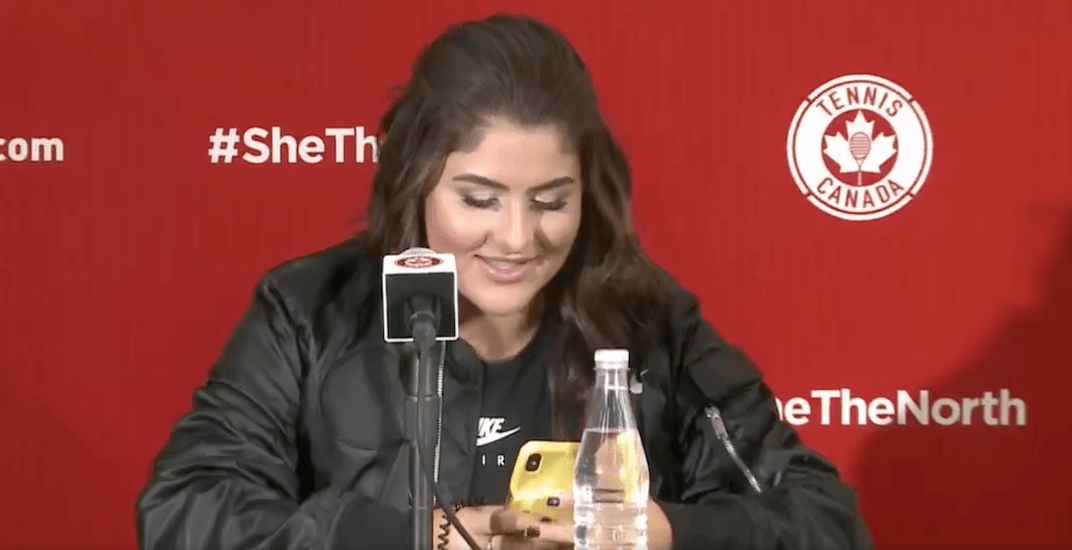 From Justin Trudeau, to Steve Nash, to Shania Twain – after winning the US Open, Bianca Andreescu heard from seemingly every major Canadian celebrity.

Though there was one she was waiting on.

During her appearance on the Tonight Show with Jimmy Fallon, Andreescu called out Drake for not congratulating her.

“Drizzy,” said Andreescu with a laugh. “Champagne Papi, I’m waiting for you!”

Back in Toronto for a press conference, apparently none of the media on hand asked for the follow up to this vitally important story. But Bianca wouldn’t let this news go unreported.

“Oh, Drake messaged me by the way,” Andreescu said as the press conference was about to wrap up.

Andreescu proceeded to pull out her phone to read the message word-for-word.

“I’m actually having a conversation with him. This is unreal,” she said.

This was Drake’s message, as read by Andreescu: “Here I am 🙂 Congrats. We are all so proud of you. I’ve been liking every post with you in it LOL I thought you’d see.”

Andreescu said that while she was posting things to social media, she wasn’t looking at her notifications.