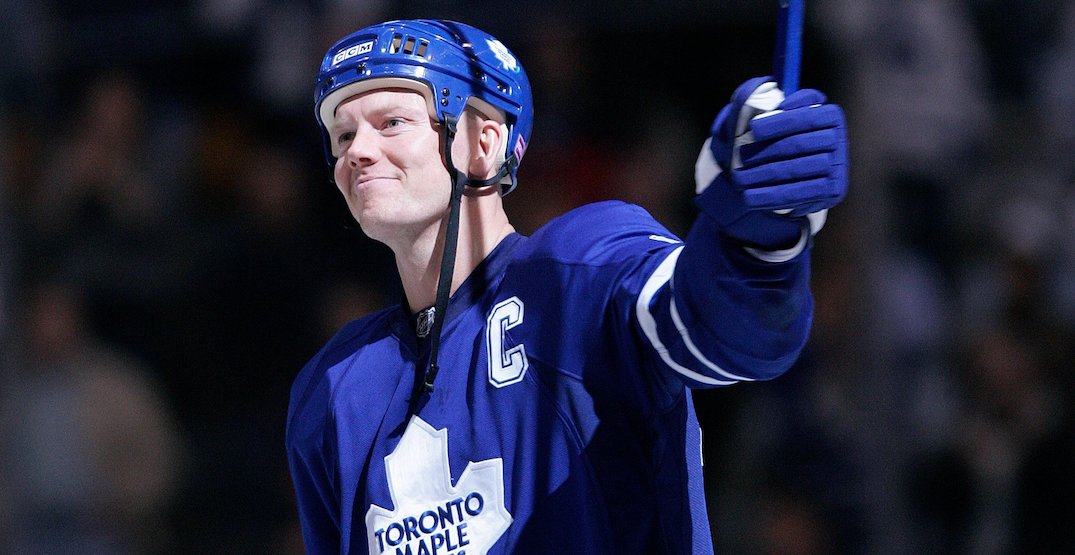 With the long and storied history of the Toronto Maple Leafs, the team has seen many great players throughout the years acquired through trades.

This list features trades of all kinds, from simple one for one transactions to massive multi-player deals. These trades have netted the Leafs amazing, even hall of fame level talent.

Let’s look back at the 10 best trades in Toronto Maple Leafs history.

In Joffrey Lupul and Jake Gardiner, the Leafs brought in two young pieces that would develop into quality players. Lupul put up two 20-plus goal seasons and hit a career-high 67 points during his six seasons in Toronto.

Jake Gardiner played eight seasons with the Leafs, reaching a high of 52 points, helping to turn a turbulent roster into a playoff team. Although he was much-maligned for his playoff struggles, Gardiner did play critical minutes for a Leafs team that made it to the playoffs multiple times.

Zach Hyman has been a fixture in the Maple Leafs’ top six for many seasons now. Even though he is relied on to forecheck and kill penalties, Hyman has posted back-to-back 20-plus goal campaigns and works well on lines with John Tavares and Auston Matthews.

Meanwhile, McKegg is currently a member of the Boston Bruins and has not had a season over 11 points in his NHL career.

While Luke Schenn did play three-and-a-half seasons with the Flyers, Toronto got James van Riemsdyk’s prime scoring years. The left-winger thrived alongside Phil Kessel and Mitch Marner. He hit the 30-goal and 60-point marks twice each before walking back to Philadelphia as a free agent in 2018.

The Leafs secured their best goaltender in a decade in Frederik Andersen. A much-needed security blanket for a team with previous defensive woes. The workhorse Andersen set a franchise record for regular-season wins (38) in 2017-18 and became the fourth fastest goalie to reach 200 wins and the fastest European goalie to do so.

While he may be in his final year with Toronto this season, it is important to recognize Andersen’s work to make the team competitive again.

To Toronto: Bryan McCabe
To Chicago Blackhawks: Alexander Karpovtsev and a fourth-round pick in 2001 (Vladimir Gusev)

Bryan McCabe played seven seasons in Toronto and was a top-pairing defenceman, typically paired with Tomas Kaberle. McCabe put up double-digit goals in four of his seven seasons and achieved a career-high 68 points in the 2005-06 season.

Not only did the Toronto Maple Leafs get the best player in the trade, but what they gave up was not much. Gusev never played an NHL game, while Karpovtsev only scored seven NHL goals after being traded.

Trading an aging legend in goaltender Jacques Plante is tough to do, but when you receive a pick that turned into Ian Turnbull, you take it.

Turnbull’s 1976-77 season is still the best season by a defenceman in Maple Leafs history, as he finished with 22 goals and 79 points. In nine seasons, Turnbull had 55 or more points five times, and the combination of him and Borje Salming were a force on the Leafs blue-line during the 1970s.

After being traded to the Toronto Maple Leafs, Rick Vaive became the only player in team history to have three straight 50-goal seasons. His 54 goals scored in the 1981-82 season still stands as the single-season record. He also had seven consecutive seasons of 30 or more goals.

Although Vaive is the more known player in this trade, Bill Derlago was also a good player. During six seasons with the Leafs, Derlago scored 30 or more goals four times, including a career-high 40 tallies in the 1983-84 campaign.

For 13 seasons, Broda was the starting goaltender for the Toronto Maple Leafs. That may be the best $8,000 that anyone has ever spent in professional sports history.

In a 10-player trade, Doug Gilmour stood well above everyone in this deal.

Gilmour’s first two full seasons in Toronto are two of the best seasons in Leafs history. He finished with 127 points in his first full season in Toronto in 1992-93, which is still the highest single-season point total in team history.

Gilmour kept his incredible regular season going into the 1993 playoffs, finishing with 35 points in 21 playoff games, as his team came so close to making the Stanley Cup Final for the first time since 1967.

Wendel Clark was a fan-favourite in Toronto and a player that was easy to love. So when the team traded him to Quebec for Mats Sundin, some fans were livid.

However, Sundin was coming off a 114-point season just two years prior and was living up to his first-overall selection status. After being traded to the Toronto Maple Leafs, he maintained his hot NHL start and became a Leafs legend. Sundin had 13-straight 20-plus goal seasons, including 10 seasons of 30-or more goals.

For many Toronto fans, Sundin is considered the greatest Maple Leafs player of all time.