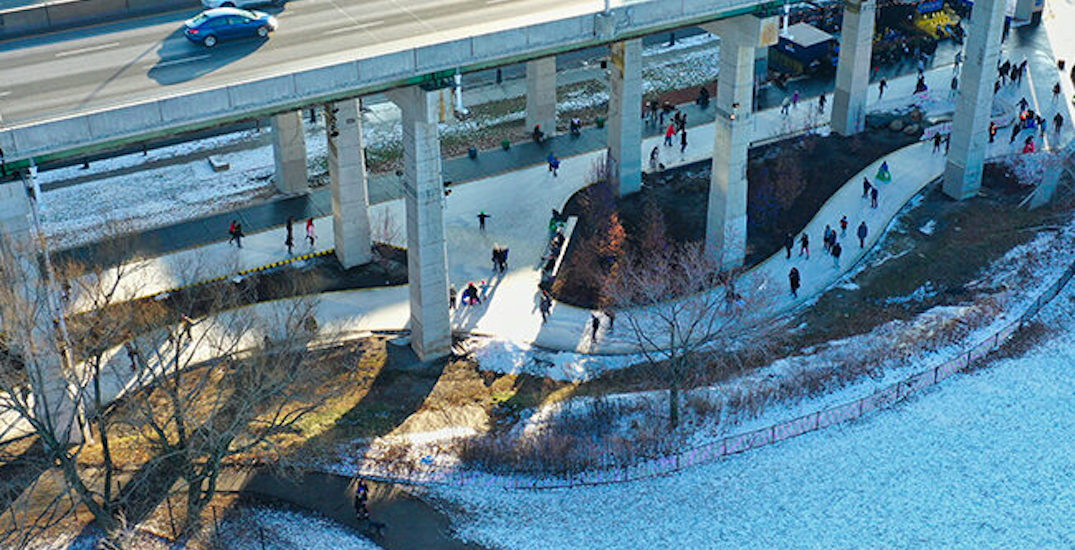 The Bentway Skate Trail will officially close on January 31, and if you managed to snag some tickets, consider yourself lucky as they’re now sold out.

According to the skating trail, they are now at capacity for the rest of their season and are no longer open for registration.

“Thanks to all who registered and skated with us this year. We are open until January 31 for those who have pre-registered. Your safety is our priority,” said The Bentway Trail on their website.

“We will be adhering to the City and province’s public health guidelines and recommendations.”

Torontonians were able to skate on the trail starting on December 18 and had to pre-register their spot due to COVID-19 protocols.

Other rules implemented for the season included wearing a mask at all times, maintaining two metres of physical distance from others, and bringing your own skates and ID to verify your identity.

“Furthermore, as we know, this winter will be toughest for the most vulnerable Torontonians. While skating at The Bentway is always free, we’re asking you to help us support those in need by donating a small amount ($5 suggested) to the creation of Winter Care Kits for our community members experiencing poverty and homelessness,” read the website.

Though the trail is set to close by the end of the month, there are still other trails around the city you can enjoy this winter.

Daily Hive has reached out to The Bentway Trail for more information.