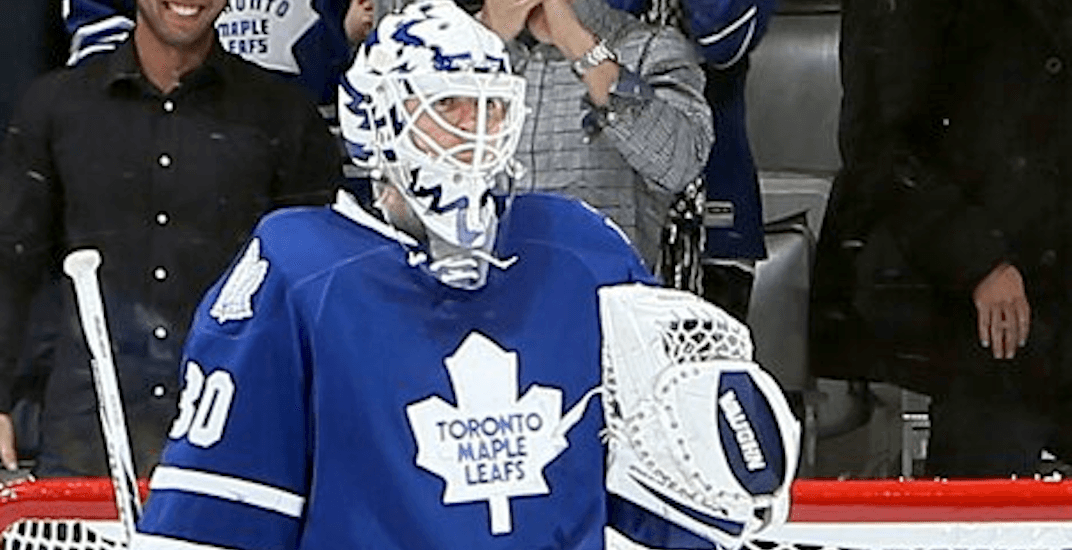 Ben Scrivens in goal for Team Canada at the Olympics?

With the NHL opting out of the 2018 Winter Olympic Games in PyeongChang, federations are moving to plan B. Players like Scrivens are part of that plan.

The former Maple Leafs goaltender plies his trade in Europe now, making him a prime candidate to play for Canada on the world stage. He will suit up with Russian club Salavat Yulaev Ufa of the KHL next season, after a year with Minsk Dynamo in Belarus.

Scrivens isn’t the only former Leaf in contention either, as Mason Raymond and Carlo Colaiacovo are on Hockey Canada’s radar.

With NHLers no longer an option, Hockey Canada will turn to Canadians playing overseas and perhaps in the AHL, to fill out their roster. They will play a number of games in tournaments in Europe over the next few months, beginning August 6 in Sochi, Russia.

There’s a number of familiar names on this list to Canadian NHL fans. Raymond, formerly of the Canucks, Maple Leafs, Flames, and Ducks, is the most accomplished, having scored 251 points in his NHL career.

In addition to players playing overseas, Hockey Canada indicated that they will consider unsigned NHL players for the team, which currently includes veterans like Jarome Iginla and Shane Doan.

Derek Roy, formerly of the Sabres, Stars, Canucks, Blues, Predators, and Oilers, was once a point-per-game player and a No. 1 centre. Defenceman Kevin Klein played 627 NHL games, and was a member of the New York Rangers last season.

Colaiacovo was a first round draft pick by the Toronto Maple Leafs and played 470 games in the NHL, primarily with the Leafs and Blues. Scrivens, who played for the Kings, Oilers, and Canadiens, is an option in goal.