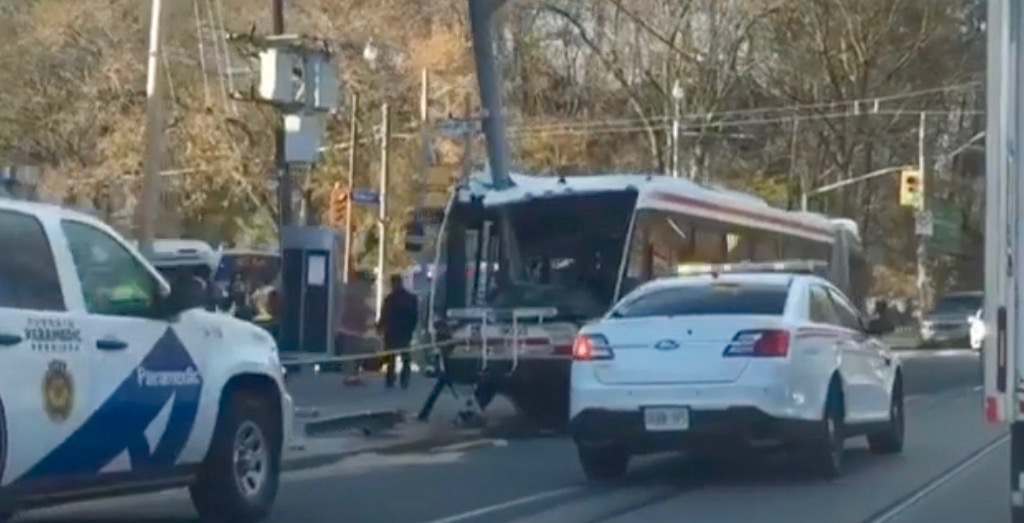 A serious TTC bus crash has injured 24 people in Toronto.

According to Toronto Police, the accident happened at Bathurst and Davenport and there were up to 30 people on the 7 Bathurst bus.

All injuries are non-life threatening, and the injured have been transported to hospital.

Police are asking everyone to avoid the area, as traffic has backed up.

The TTC’s Brad Ross called this a “very serious bus crash” and said it is currently under investigation.

Videos and photos on social media show a bus crashed into a hydro pole.

A very serious bus crash at Bathurst and Davenport is under investigation. There are injuries, but the extent of them is unknown at the moment. The 7 Bathurst bus is diverting around the area.

All southbound lanes are currently closed at the intersection. Other roads around the area have also been affected by the accident.

Police also say that a power outage will happen due to repairs being made to the damaged hydro pole from the collision. They’re asking drivers to treat the area as a four-way stop, as traffic lights in the area will be affected.

This post will be updated as more information becomes available.