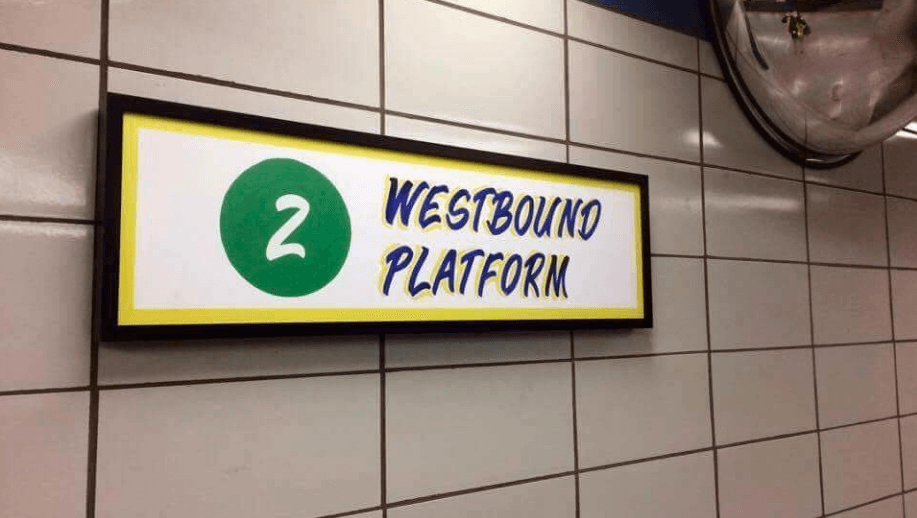 From one of the best costumes of the year, to it’s legendary sign sale, Honest Ed’s is now giving a TTC station a little make over.

On Tuesday morning, the TTC unveiled new signs at Bathurst Station honouring Honest Ed’s, which closes its doors for good at the end of the year.

Just like Honest Ed’s itself, the signs will remain until the store closes at the end of December.

Bathurst Station just got a little more colourful, and we love it.

We're honouring our neighbour, Honest Ed's, at Bathurst Stn. until the end of the year. Big unveil today! pic.twitter.com/tzuNIGP6aJ

Very surprised during my commute this morning to see the #TTC paying homage to #HonestEds at #Bathurst Station – check it out! #Toronto #Publictransit #subway #mycommute #iconicfonts #fonts #mytoronto #heritage

when the cmute becomes aesthetic