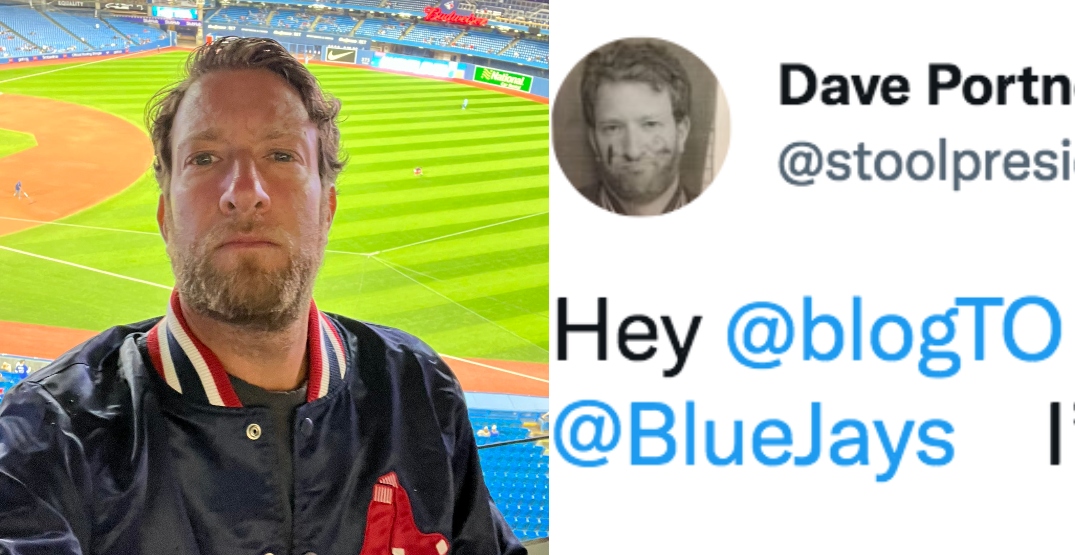 Dave Portnoy just got to Toronto, and he’s already in a fight.

The Toronto-based blog wrote an article that called into question local restaurants welcoming Portnoy, and noted “revolting allegations” that have been made against him. Multiple women have accused Portnoy of sexual misconduct, which he has denied.

BlogTo must be sister blogs with Deadspin 😂😂😂😂😂😂. Imagine calling local places to warn them I may eat their pizza. Literally nobody recommended San Remo but now I think I have to go there. pic.twitter.com/Cc5A0rxHQG

Portnoy is now seemingly obsessed with BlogTO, mentioning the publication 11 times on Twitter Monday evening. The 45-year-old even promised to add BlogTO to his hate list (yes, he keeps an actual list).

These fucking guys are too much. I should Elon Musk them https://t.co/Hb90flHUAA

BlogTo will be on newest list at the top of the month https://t.co/rxdSsNfde9

Portnoy then called out the author of the article, tagging her on Twitter, which served as an invitation for many of his 2.7 million followers to relentlessly taunt her. BlogTO has removed the author’s name from the article, and Portnoy has ridiculed that also.