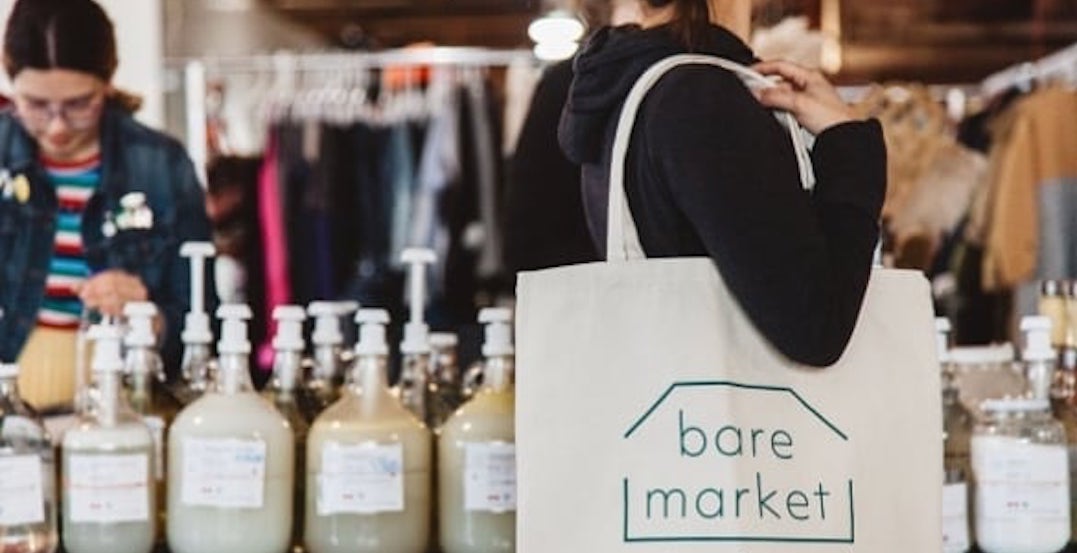 Eco-warriors of the city, rejoice!

Because Toronto is soon to welcome a second permanent zero-waste storefront to its cohort of responsible businesses.

Currently seeking retail spaces in the city’s east end, bare market‘s loose aim is to set up shop between Broadview and Woodbine, and the Danforth and Queen Street.

With a lease negotiation in the works, the spot plans to open its doors by late fall.

The zero-waste shop launched last summer and has offered regular pop-ups at Patagonia on King West ever since. Offering everything from reusable menstrual products to waste-free shaving soap, it’s become a hub for the city’s eco-conscious.

All the while, they’ve been hunting for a spot to call home.

“It’s been a dream of ours to move into a permanent home and we feel so excited by the support we’ve received from the community to do so,” a spokesperson from bare market told Daily Hive.

“We’re also so excited that there are clearly so many people in the community as excited as we are about reducing waste and building momentum to push that dial forward. We really want our permanent home to be a community hub to help further dialogue and continue to build community and discussions surrounding reducing waste,” they said.

If all goes as planned, the intended timeline for the new store is to have keys for the space by July and start construction that month. In-store set up is projected to begin in September, with an official launch in October or November.

Stay tuned for updates on the progress of the new space as bare market gets closer to launching! Until then, you can always venture over to the west end to stock up at Unboxed Market.

Soon enough, both ends of the city will bare the best, unboxed versions of themselves.