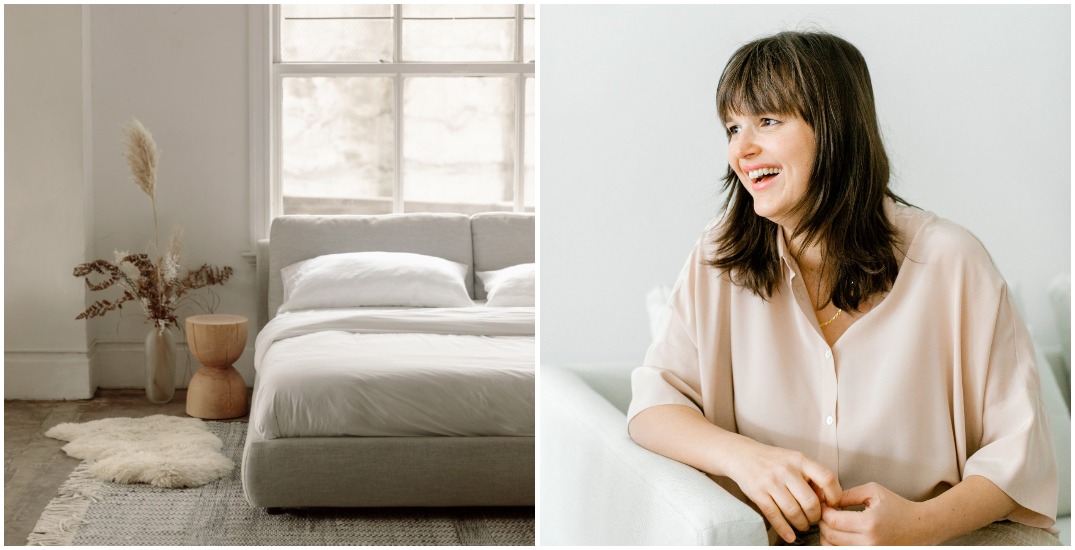 “People want to go back to a slower living movement,” co-founder Barbora Samieian says of the Vancouver-based company, which launched in November 2019. 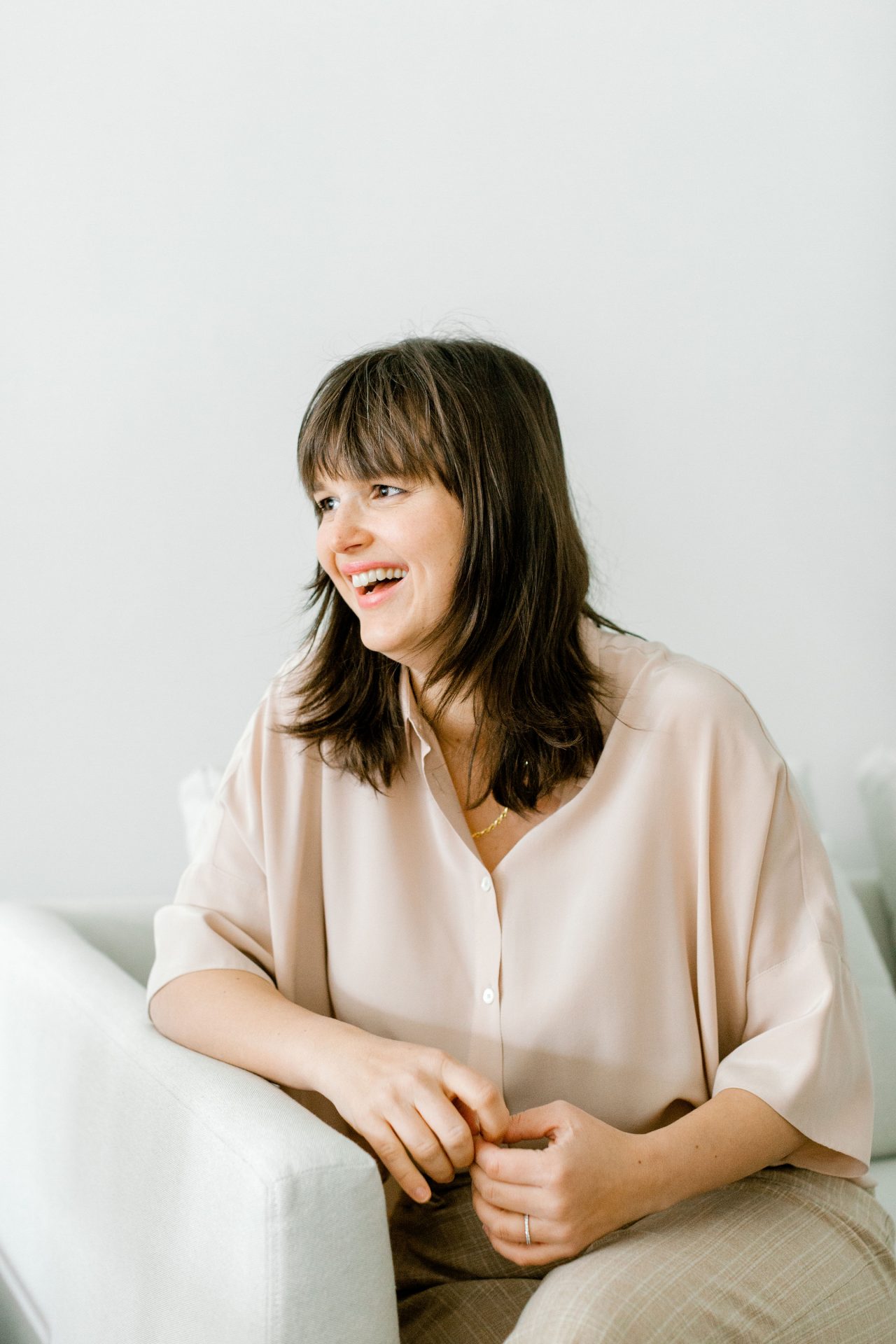 With that in mind, she says, “We had a very strong vision…and we’ve been very intentional with what makes it into our collection.” 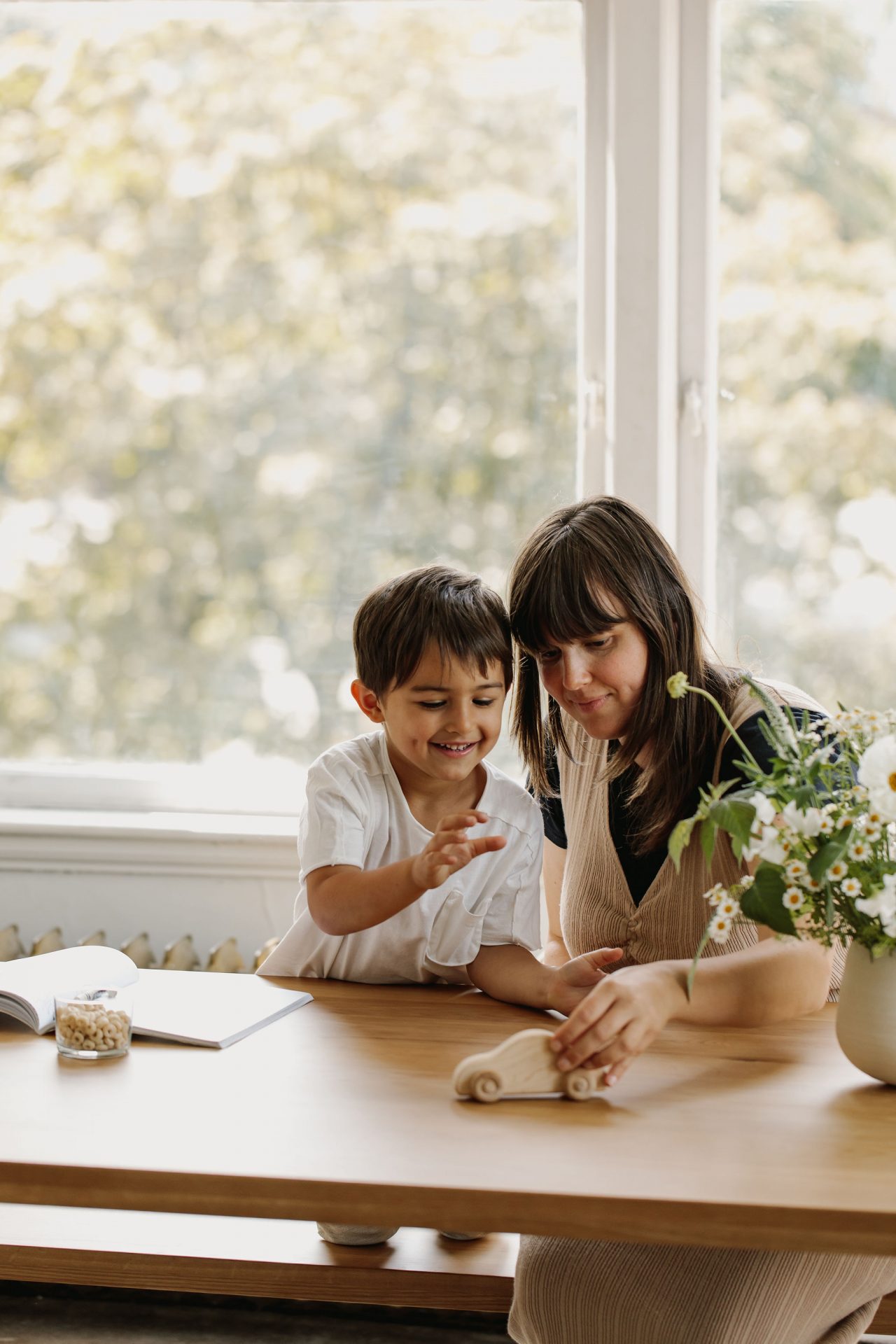 Since going live, the direct-to-consumer line has developed a fair amount of buzz for their IG-worthy sofas, arguably their signature item. Perusing the website, it’s easy to see why the timeless designs have become such a hit so quickly.

“In the first year, that’s where we’ve seen some traction,” Samieian says, noting that the “Movie Night” — a dreamy modular sectional — has been among their top sellers.

While larger furniture companies offer an extensive catalogue, Sundays was created, in part, to take the frustration out of home shopping. Curation was central to the brand’s DNA, allowing pieces to easily mix and match without effort or thought. 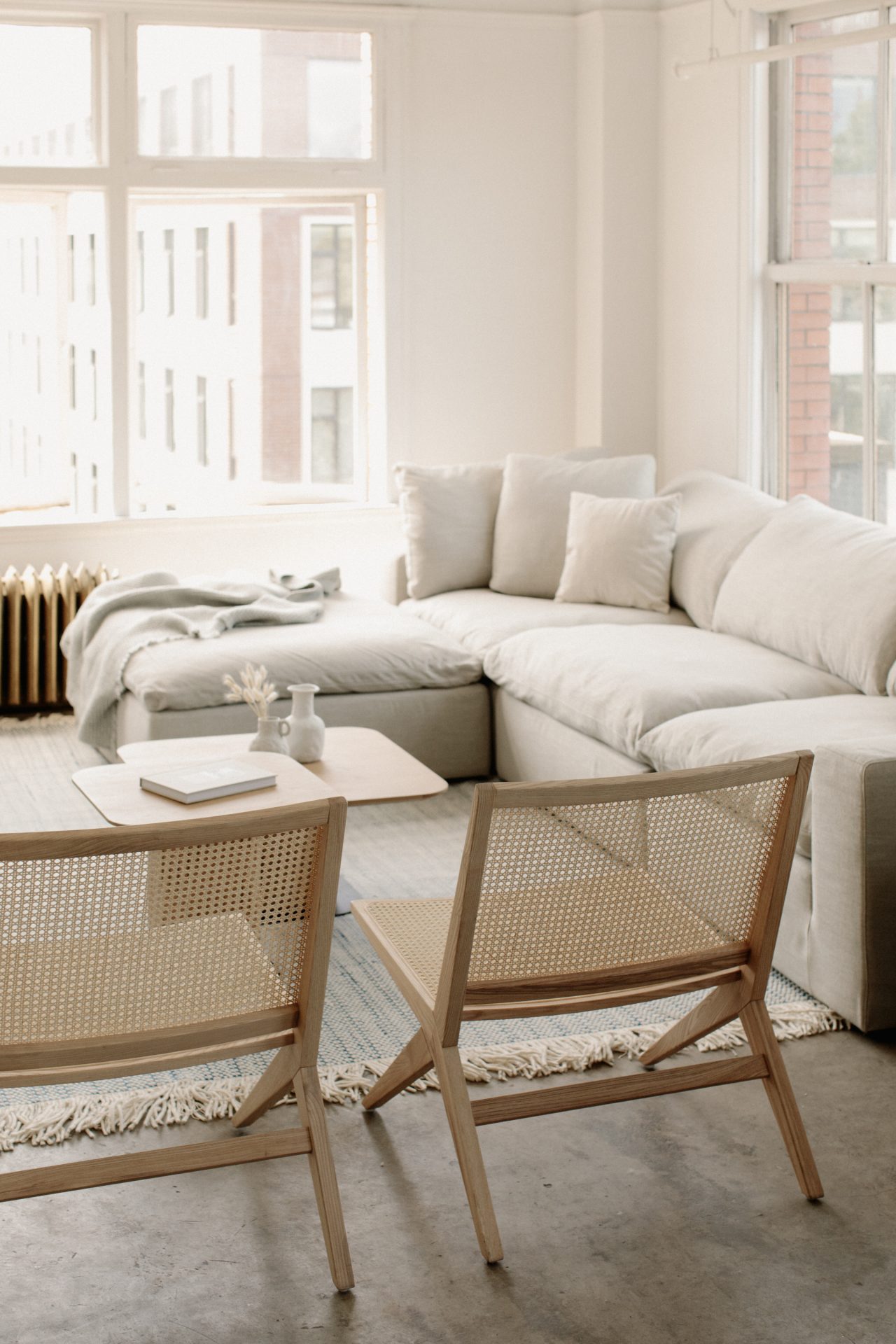 “It was about curation to make that experience less overwhelming, but marrying that with good design at an affordable price,” she tells Daily Hive via phone interview.

“Pieces that would pair well together, similar to the idea with clothing — fewer, better things…and items that will stand the test of time.”

Many millennials would likely agree that furniture shopping is not only expensive but also stressful, which was something Samieian also experienced, despite her husband’s family being in the homewares industry.

“My husband [spoke] to a friend in Vancouver that was in the interior design industry about some of the challenges and pain points I felt when I was shopping for furniture,” she remembers. At the time, the couple had moved back to Vancouver from New York City to start a family.

With DTC models becoming more prevalent, Samieian saw a growing opportunity. “[Our co-founders] started meeting on Sunday mornings,” she explains (hence the name of the company). “We all had other jobs [but] we wrote a napkin business plan, hired a branding agency and things started happening from there.”

Her “other job” just happened to be running Field & Social, Vancouver’s staple salad eatery. The mom-of-four was inspired to create her first business after living in NYC and realizing her hometown was missing a go-to salad shop that married healthy (and delicious) food, beautiful design, and community.

“In the US, there are a million of these shops,” the furniture maven explains. “It was inspired by living in New York City and eating out a lot. We didn’t have kids at the time.”

Both businesses are a culmination of Samieian’s past rich experiences, which date back to her childhood: the entrepreneur immigrated to Vancouver from Slovakia at the age of 12, quickly adjusting to the Canadian high school system.

After earning a degree in International Relations from UBC in 2005, she pursued a master’s degree in the UK at the University of Cambridge — then moved to the Big Apple for a “dream job” with the United Nations.

“When the UN opportunity came along, it was a dream job for my 20-year-old self,” she reflects. “But I knew it wouldn’t be forever. It’s a large and fairly bureaucratic organization, and deep down I am kind of a creative entrepreneur at heart.” She adds that all of her past “little jobs,” like working at Baby Gap and as a ski instructor, have played a role in her path.

“Learning about service and retail — at the time, I didn’t realize some of those lessons would serve me really well 15 years later.”

In her second foray as an entrepreneur, Samieian and her team have been meticulous about developing Sundays, partially due to being self-funded. In 2019, the company started with just a few living-room pieces before eventually expanding into the dining and bedroom categories.

“We’re conservative and slower in terms of growth… The furniture industry is expensive in terms of acquiring inventory. I think that has meant we haven’t grown as fast as a company that would be funded by venture capital.”

“We’re taking our time and using the knowledge of our other cofounders,” she explains. “I’m not from the furniture industry, but my passion is brand, community, building a culture. I get really excited about that.”

All four founders are also parents to small children, inspiring some of Sundays’ designs. “Ease, practicality, and multi-function are some of those things… [For example], our dining tables have rounded edges,” Samieian explains. Another one of their best sellers, the field stool, has also been used as an end table in her nursery.

While the company is primarily focused on e-commerce, Sundays recently took things offline for a pop-up experience that came up in a “serendipitous” way. Field & Social was all-set to begin construction on a Yaletown location when the pandemic shutdowns began, but a quick-thinking Samieian decided to repurpose the space for the initial temporary store.

Field & Social’s Yaletown location eventually opened in December 2020, prompting the Sundays pop-up to move to the Fairview area. The retail space is currently open at 1515 W 6th Avenue, just around the corner from Beaucoup Bakery and next to Melanie Auld’s jewellery flagship.

“It can be intimidating buying a sofa online when you’ve never touched and felt it, especially from a new company,” she explains. The pop-up has been a “perfect fit” for Sundays so far.

“It feels like we’re amongst friends — [in an area] where our customer kind of hangs out,” she says.

After seeing some traction on the east coast, the company briefly took the pop-up experience to Toronto until shutdowns happened again, but they plan to reopen when possible.

Sundays also launched their first-ever collaboration with artist Scott Sueme in May 2021. The Vancouver-based painter and graphic artist designed a series of rugs for the brand, including a teal-and-white-checkered rug. The items are all handwoven in India.

“The collaborative aspect is something that makes my heart beat; I truly love community and collaboration,” Samieian says, nodding to the “global perspective” she brings from her past experience at the UN. Fans of Sundays can expect future collaborative partnerships, Samieian teases, hinting that “more are in the pipeline.”

The North America-wide brand plans to focus on the Canadian market in the next six months but has their eyes on other cities down south.

“Los Angeles and Seattle are definitely on the radar,” she says. “We’re so excited about what the future holds.”