An infant is among 17 new positive cases of COVID-19 confirmed by the Province of Ontario on Thursday.

The total in the province now sits at 59 cases.

This is the first time an infant under the age of one has been officially confirmed to have coronavirus. The province says the baby contracted the virus from close contact and was seen by North York General, reported by Toronto Public Health.

Seven of the cases had a recent travel history to the US and four contracting the coronavirus through close contact. Some of the cases are still pending.

While 17 new cases were confirmed in Ontario, nine were in Toronto.

And, of the nine, five of those patients recently travelled to the US.

One of the cases is a man in his 70s who presented himself to Mississauga Hospital. According to the province, another is a male in his 40s who went to St. Michael’s Hospital.

As well, a man in his 20s, a man in his 60s, and a woman in her 60s all presented themselves to Sunnybrook Health Science Centre.

In Mississauga, a woman in her 50s had a recent travel history to Europe and was seen by Trillium Health Partners.

Toronto Public Health says there are now 29 cases in the city. 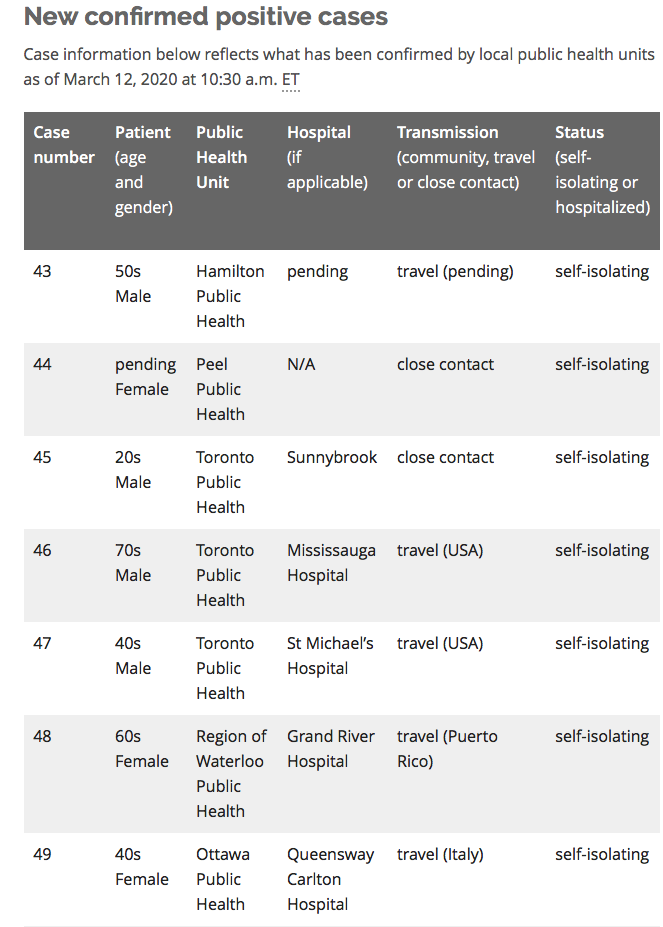 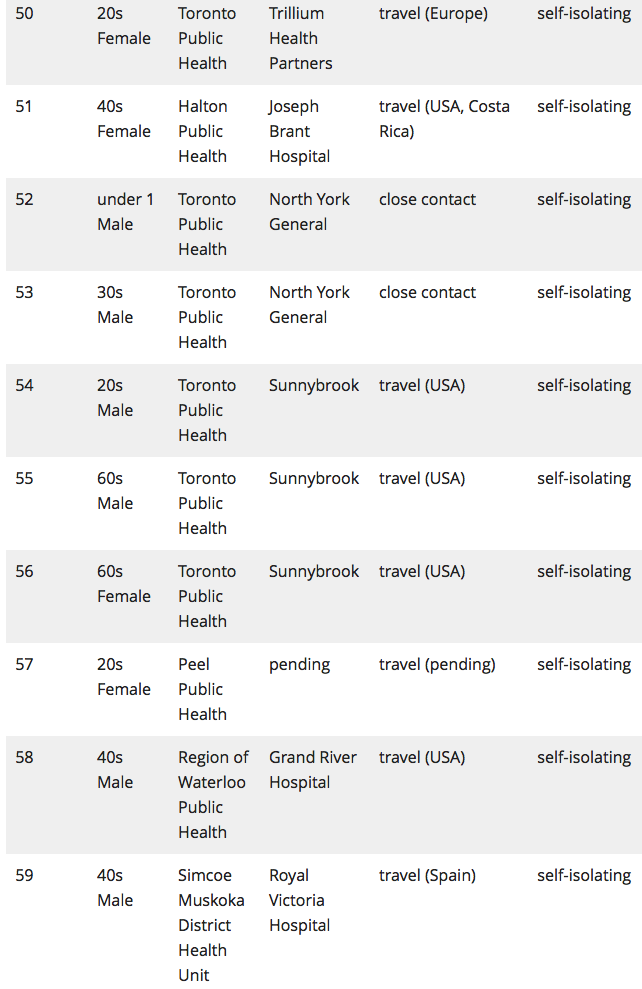 Other cases in Ontario were reported in Ottawa, Waterloo, Simcoe Muskoka, Halton, and Peel region.

Some patients had a recent travel history to Spain, Costa Rica, Italy, and Puerto Rico. 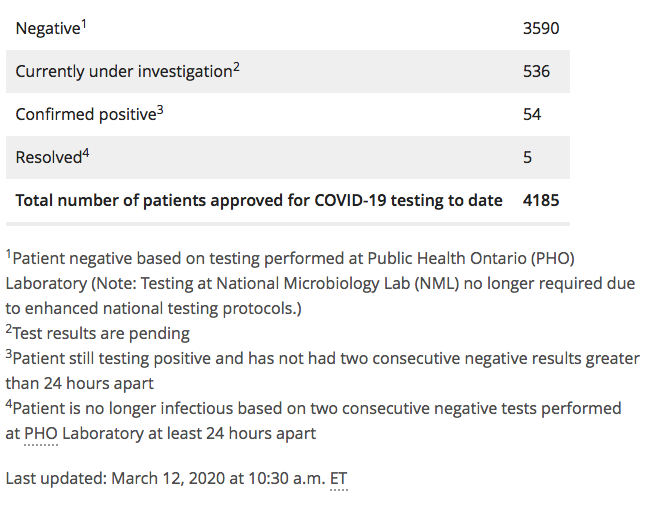 According to the province, five cases have been resolved, with 54 still active, as of March 12 at noon.

With coronavirus on the rise, Toronto Public Health is reminding individuals who attend events and large gatherings to monitor their health for signs and symptoms of COVID-19. And if you’re not feeling well, they recommend staying home at this time. Also, due to unexpected cancellations, please check the event you plan to attend is still taking place. Keep up with COVID-19 news here.