If you have hope the New Year is bringing new (and cheaper) rental prices across Canada, you’ll want to think again. 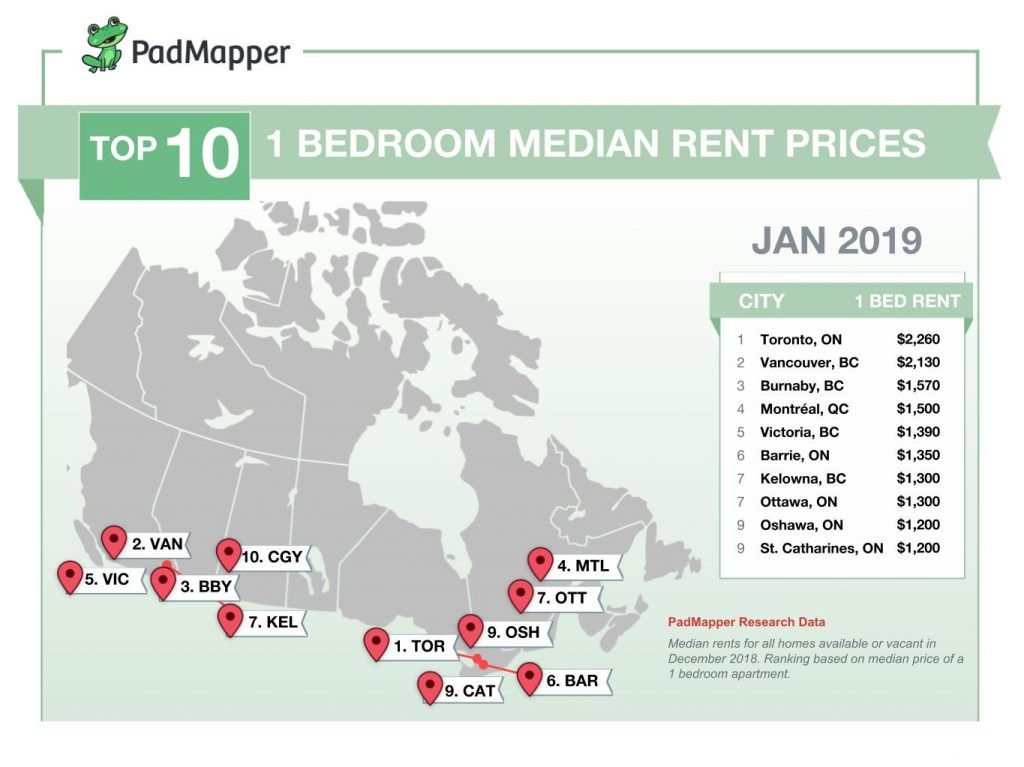 Once again, Toronto took the top spot for the most expensive rent in the country. This month, prices remained flat at $2,260 and $2,850 for one bedroom and two bedroom rent, respectively.

The battle for the cheapest one-bedroom rent in the country once again goes to Windsor, Ontario, where you can you can rent a single-room suite for a cool $730 per month. 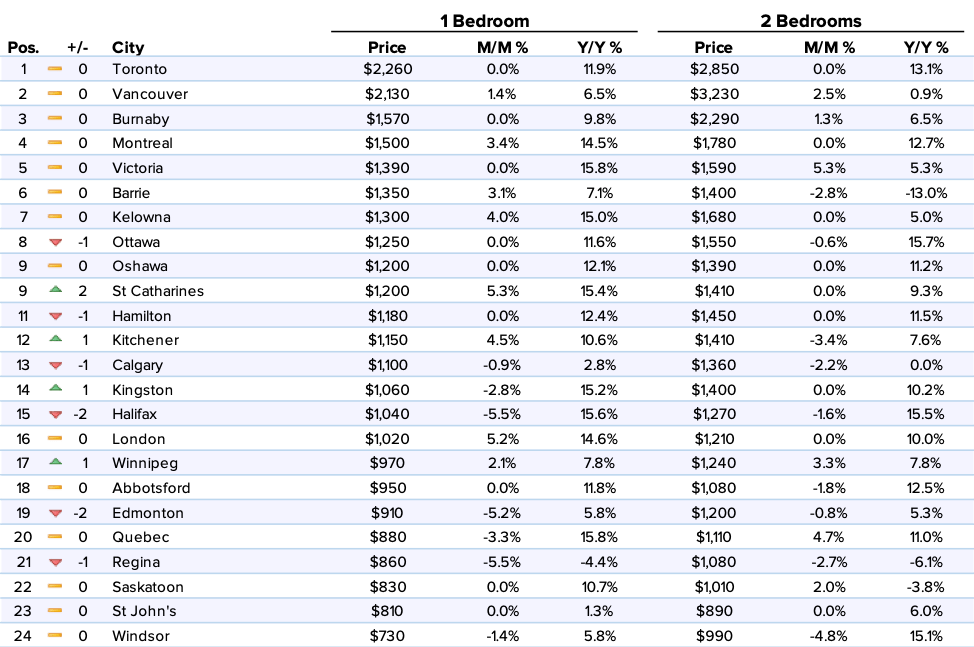