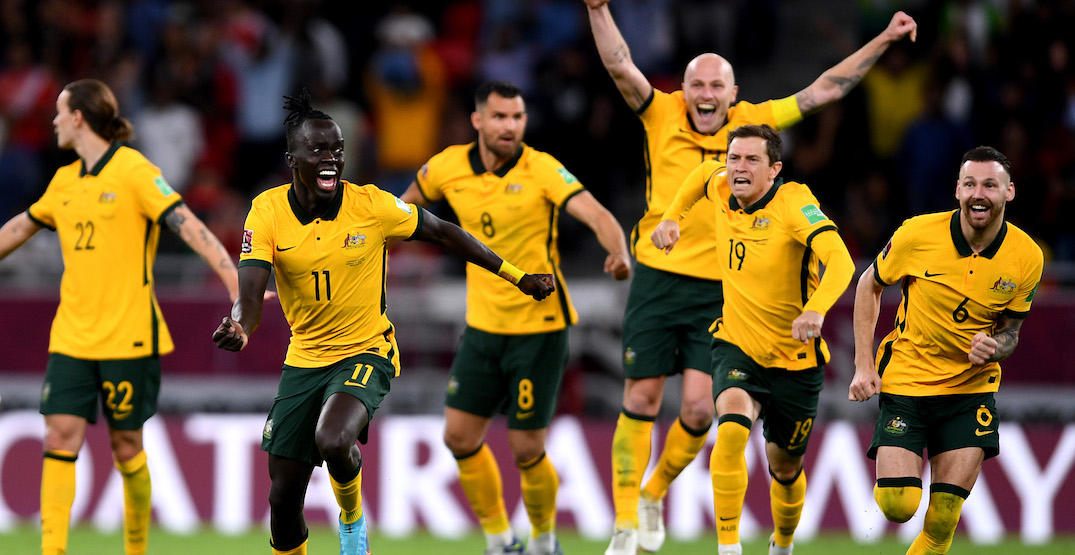 Australia is going back to the World Cup.

It was high drama in Doha, Qatar, today, as Australia played Peru in a do-or-die inter-continental playoff match, with the winner qualifying for the FIFA World Cup in November.

After neither team could score in the first 90 minutes and extra time, Australia outscored Peru 5-4 in a penalty shootout for the win.

The 42nd-ranked Aussies entered the match as underdogs against the 22nd-ranked Peruvians but outplayed their South American opponent through the first 90 minutes of the match. Peru hit the post in the 107th minute in extra time, which was as close as anyone came to scoring prior to penalties.

Australia made a bold 120th-minute substitution, putting backup keeper Andrew Redmayne in net specifically for the penalty shootout. Redmayne looked like a kangaroo in net, hopping up and down in an attempt to throw off Peru’s penalty-kick takers.

Dancing around on the goal line didn’t seem to do any good for him until the very last shot he faced — a save to give Australia the win. Australia scored on five consecutive shots, after Martin Boyle missed on their first attempt. Luis Advincula hit the post on Peru’s third attempt, before Redmayne’s save on Alex Valera secured the victory.

Australia will compete in Group D at the World Cup, with France, Denmark, and Tunisia. It’s the fifth straight World Cup the Socceroos have qualified for.

As called on Australian radio: pic.twitter.com/DMPchKEitp

The participating countries at the FIFA World Cup are nearly finalized, as Australia claimed the second-last remaining spot.

The 32nd and final country to qualify will be determined tomorrow when New Zealand takes on Costa Rica. The winner of that match will compete in Group E, with Spain, Germany, and Japan.

Canada will compete in Group F, with Belgium, Croatia, and Morocco.