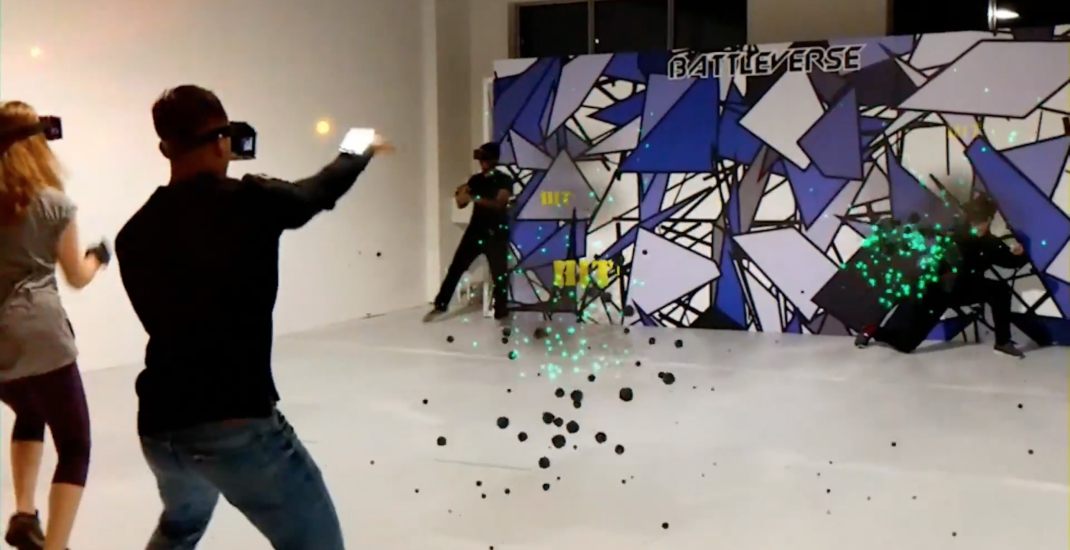 Just in time for at least six more weeks of winter, Toronto has a new destination for indoor fun.

The city’s newest AR experience is a social, multi-player Battleverse! Rather than being tethered to a controller in front of a screen, this newly opened Toronto venue is the first of its kinds to fit players with an augmented reality headset and a magical gauntlet.

Players can adventure solo or join up to eight player games offering the chance to summon creatures, throw and dodge magic bolts, cast shields and battle the undead.