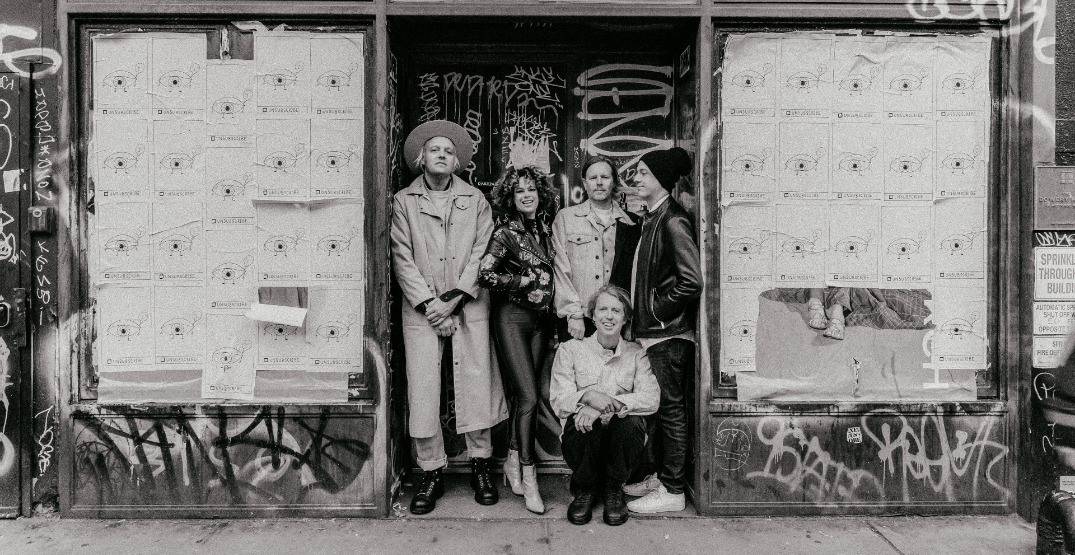 Scotiabank Arena will host this stellar show on Thursday, December 1, with tickets going on sale next Friday, May 13.

Announcing The “WE” Tour !!! Can’t wait to see you all soon, along with our friends @FeistMusic and @beck

General tickets on sale Friday, May 13 at 10am local time. https://t.co/nVVCLCIXnt pic.twitter.com/sb8kvauumN

The Canadian Indie Rock band rose to fame in the early 2000s with its debut album, Funeral, released in 2004. Following that, the band published the highly successful Neon Bible in 2008.

The band has performed with other major artists like LCD Soundsystem, David Byrne, and the late and great David Bowie.

In 2011, Arcade Fire won the Grammy for Album of the Year for The Suburbs.

Arcade Fire will also make an appearance on Saturday Night Live this weekend.

Beck will be the only artist joining Arcade Fire for the band’s North American dates, while Feist will be heading with the band to its European dates.

Beck has been making music since the early ’90s and has gone through a number of different phases throughout his musical career. He most recently collaborated with Paul McCartney.

Feist is no stranger to success. The Canadian indie-pop artist rose to fame with the release of her 2007 album The Reminder. The catchy tune 1,2,3,4 was used in a commercial to advertise Apple’s third-gen iPod Nano, resulting in a huge boost in album sales.

Ticket information for the all-ages show can be found here.