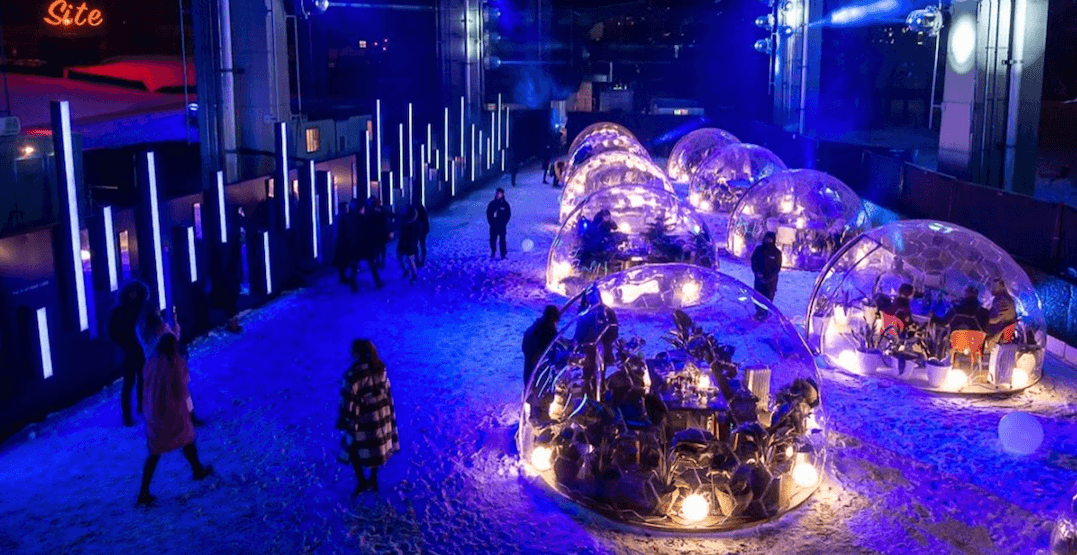 An anti-poverty group has organized a protest against the dining domes at The Bentway on Friday evening.

The Ontario Coalition Against Poverty will be serving up free food near the Dinner with a View setup as a means to challenge the removal of the homeless camp that’s long stood under the Gardiner.

“What does $550 get you in Toronto you ask? The creators of a pop-up restaurant have the answer. A chichi dinner for four under the Gardiner in a little heated dome designed to look like a terrarium and furnished for comfort. They call it ‘Dinner with a View.'”

“What sort of view you ask? Well, not of the homeless camp, obviously. The city demolished that and evicted the people living there two weeks ago, remember?” OCAP wrote in the event’s Facebook description.

The post invites attendees to “eat, be lively and take in the view of the brazenness of the wealthy and the brutality of the city.”

The organizers wrote that while their chefs aren’t Top Chef Canada winners, they “do win at human decency.”

Dinner with a View has expressed their sympathy over the removal of the homeless camp, and maintain that their event is completely unrelated from the decision.

In fact, the removal actually took place at a completely different location from where the domes are currently set up.

“We are aware that the Ontario Coalition Against Poverty (OCAP) plans to hold a counter-event on Friday. This is in response to the City of Toronto’s recent decision to remove an encampment of people experiencing homelessness under the Gardiner Expressway at a separate location (about 2km east of our event),” Dinner with a View told Daily Hive.

“We are sympathetic to those impacted by the city’s actions and were in no way involved with the decision making process. No encampments were removed to make way for Dinner With A View. To clarify, Dinner With A View is an independently organized event. Our venue, The Bentway, is run by an independent charity and not an agency of the City of Toronto,” the organization said.

The group continued, “events like Dinner With A View generate funds that keep The Bentway safe, welcoming and beautiful. This also allows The Bentway to offer free (or low cost) year-round recreational, artistic and educational programming for the people of Toronto.”

“For any questions regarding the city’s decision to remove encampments below the Gardiner Expressway, please contact the City of Toronto,” they said.