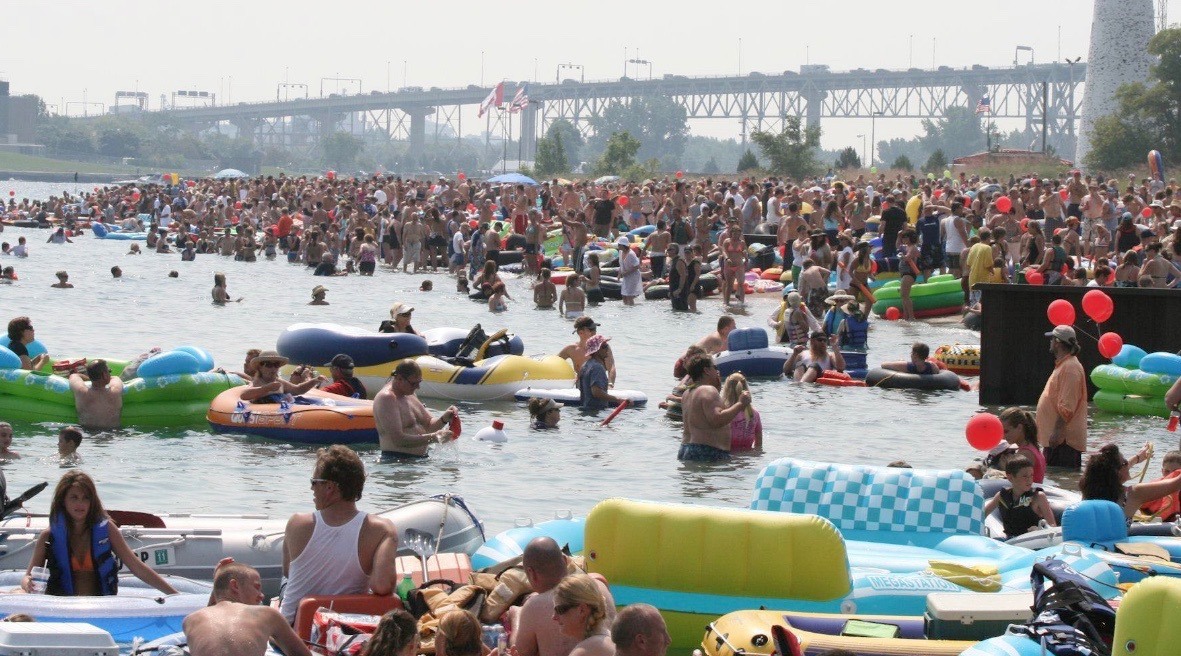 Hundreds of Americans happened to find themselves in Canada this weekend thanks to some rough weather. 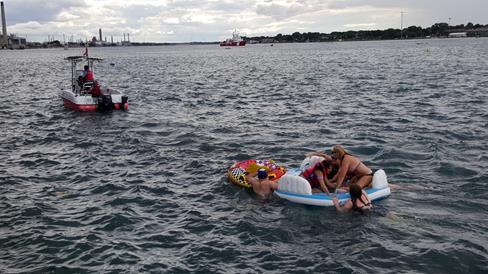 At the Port Huron Float Down, an annual event that sees thousands of Michigan residents take to the St. Clair River to spend the day floating nearly 13km (that’s eight miles for our American neighbors) from Lighthouse Park at the edge of Lake Huron to Chrysler Beach, Marysville, the wind managed to blow them across the river to Sarnia, ON, causing an invasion of half-dressed, half-drunk American floaters into Canada.

Luckily, the Sarnia Police and The Canadian Coast Guard were there to help.

Police loading floaters onto buses to get them back to bridge and home. Strong winds blew them off course. pic.twitter.com/8HFTkjYW8F

According to a release from the Sarnia Police, “the event has no official organizer and poses significant and unusual hazards given the fast-moving current, large number of participants, lack of life jackets, and as was the case this year, challenging weather conditions.”

So essentially, there’s no one to blame here but the weather.

The Facebook page for the Port Huron Float Down did have this to say, however:

“We want to express our gratitude to the Canadian Authorities for their assistance and understanding with the floaters who’ve unintentionally been forced to the Canadian shoreline. You’ve shown us true kindness and what it means to be amazing neighbors!”

No one was reported hurt or missing in the international incident, but plenty were left standing in the wind and rain for hours as they waited for a ride to pick them up from the U.S. or for our buses to ship them back. 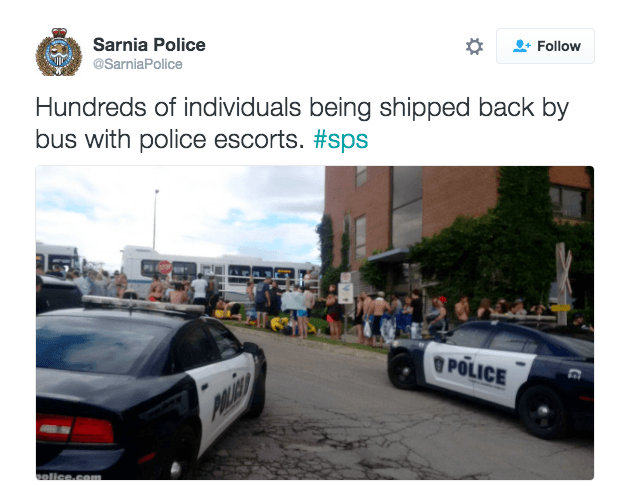 Hopefully it’s not as windy next year. Then again, if Trump wins the election, this could happen anyway…

To be fair though, when the weather’s working, this event looks pretty amazing. In fact, next year we might just have to invade it ourselves…