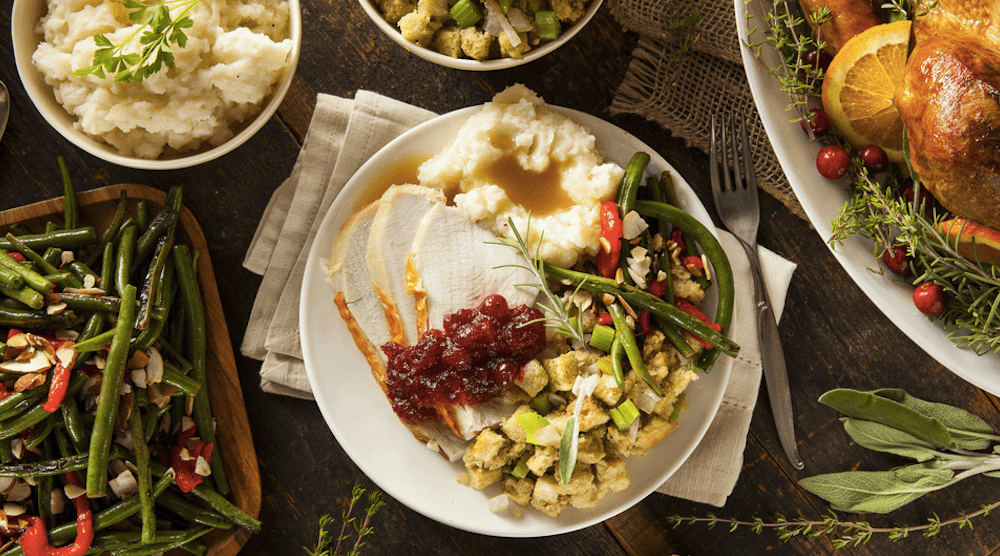 An American abroad might feel might lonely at this time of year but thankfully, Toronto is a city that embraces outsiders’ traditions and even likes to join in on cross-cultural celebrations out of  a pure unadulterated love of festive turkey dinners.

Maple bourbon glazed turkey with sage stuffing, rutabaga mash, brussels sprouts, double smoked bacon, gravy, and port cranberries are all on the menu at this Thanksgiving feast presented by Azure inside the InterContinental Toronto Centre.

Served Thursday, November 23 through ’til Sunday, November 26, this public house is serving up a roast turkey feast with all the trimmings and maple cinnamon pumpkin pie for dessert. 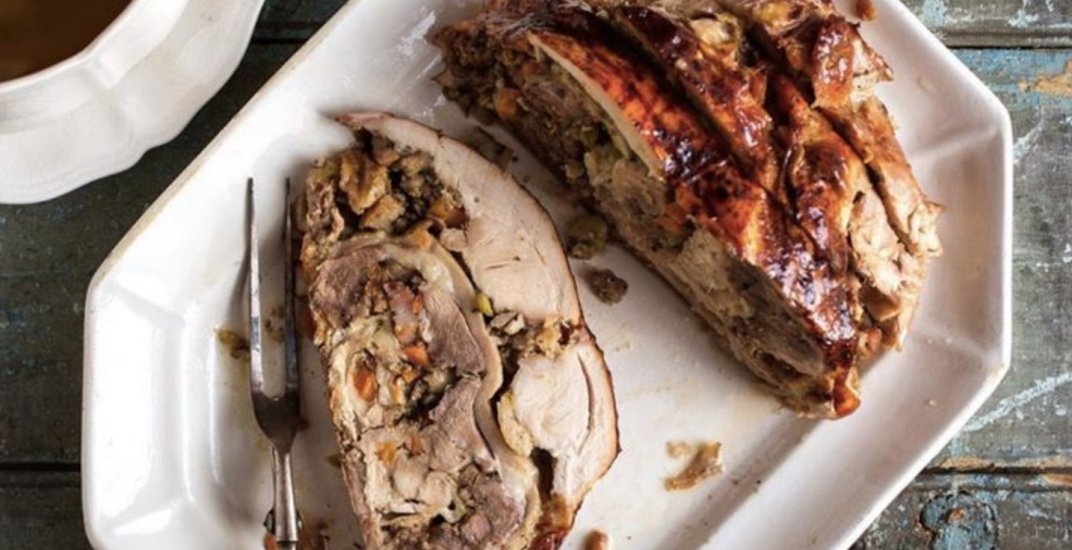 Billed as “One of the busiest nights of the year at Southern Accent since 1984,” this annual tradition features a beast of a feast! The Cajun-Creole restaurant on College Street will be serving up a chicken stuffed inside duck, inside a roasted turkey with a bread stuffing centre and sides of fresh local veggies, garlic mashed potatoes, and gravy.

This BYOB supper club hosted by Foodies on Foot and No.7 Hot Sauce is just the event for indulging in Turkey Day deja-vu. The menu promises a cornucopia of festive fall foods opening with seafood chowder, corn biscuits, and salad before moving on to piri piri-spiced turkey medallions with turkey gravy, garlic mash, roasted squash, green beans, glazed carrots, cranberry sauce, and pumpkin pie a la mode for dessert.

This pub on the Danforth hosts its 31st annual American Thanksgiving dinner. On the menu, options like chestnut soup or apple-celeriac salad to start followed by a choice of turkey or ham with all the fixings, and a cranberry-apple-pineapple crisp for dessert.

Three back to back to back NFL football games on from 12:30 pm onwards, food and drink specials… spend Thanksgiving like a true ‘mericun.