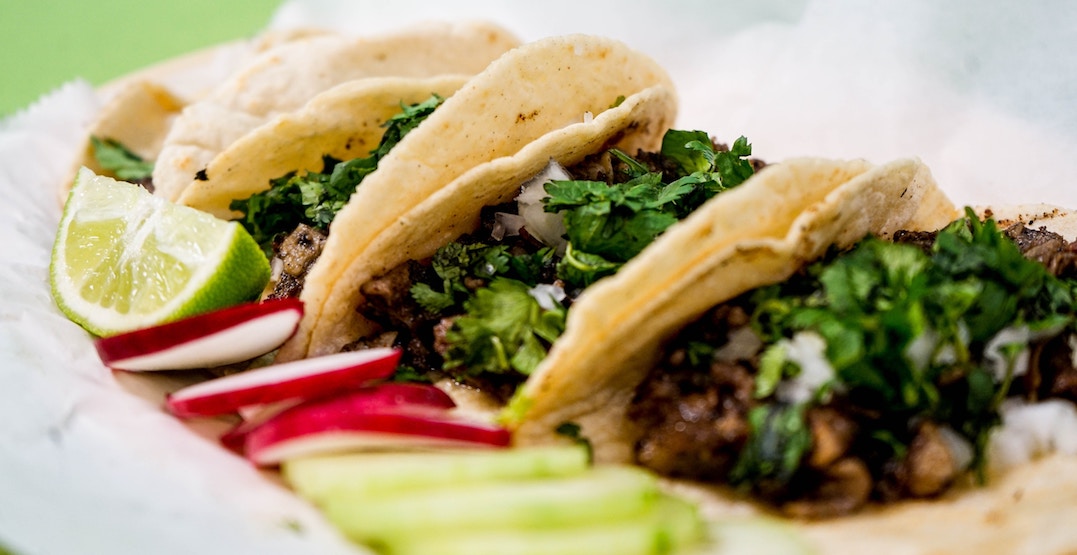 From all-you-can-eat cheeseburgers to buy-one-get-one sushi rolls, Toronto’s food scene is serving up some smokin’ deals as of late.

And now, here’s another to add to the roster.

Starting July 10, College Street’s Nightowl will be offering AYCE tacos for the slick price of $19.99.

That’s right, you’ll be able to get unlimited handhelds for a crisp 20 (plus tax).

If that’s not the spiciest news you’ve heard all day, we’ll be darned.

The spot is even being kind enough to offer reservations through their Instagram.

So slide into their DMs if you want to secure a table on which to stuff your face with heavenly, spicy, seasoned, and shelled golden boys. 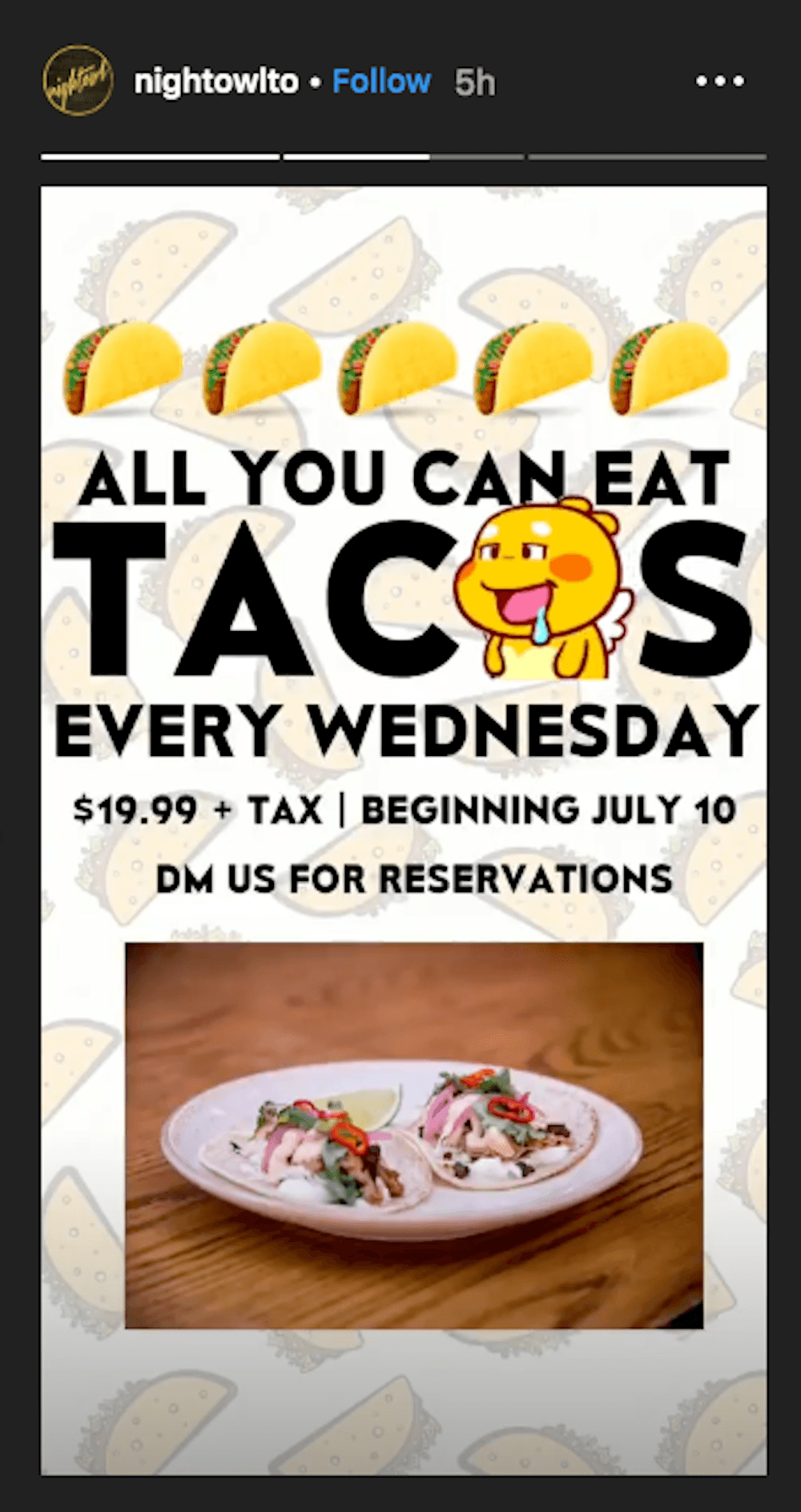 Where: Nightowl – 647 College Street
When: Every Wednesday starting July 10