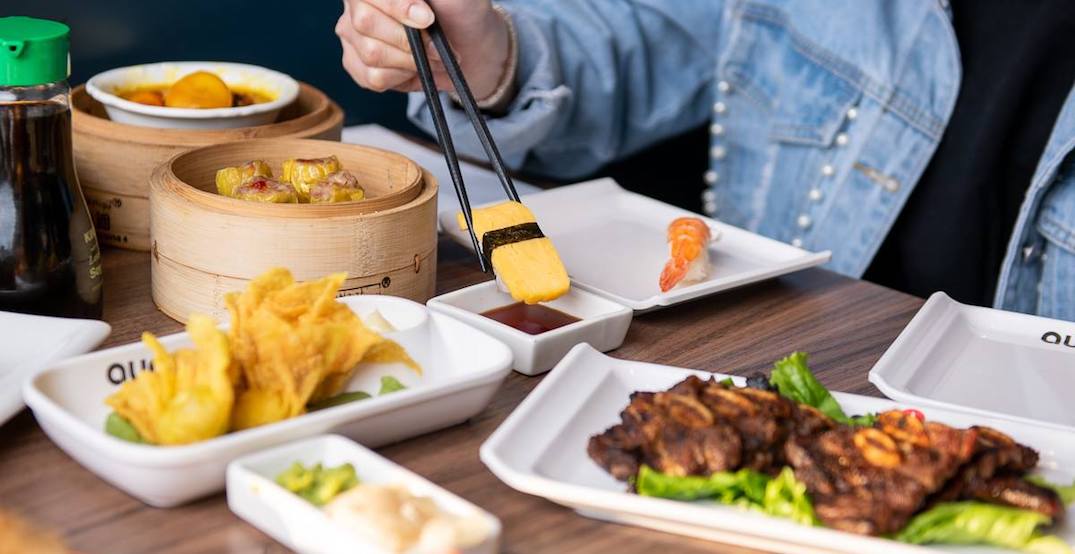 Get your dim sum on, Toronto.

August 8, the all-you-can-eat dim sum AND sushi restaurant, took over the former address of Lee Garden last year and has been a local fave ever since.

August 8 is a chain of AYCE restaurants out of Hamilton that first opened in 2008 and has since expanded to seven locations spanning from Stoney Creek to Brampton. The chain’s Chinatown location is the restaurant’s first spot in Toronto.

Diners can enjoy traditional AYCE offerings including an expansive selection of sweet and savoury pan-Asian fare, like Cantonese-style dim sum, sushi, and other Japanese standards such as dishes from the teppanyaki grill.

Get your chopsticks ready!