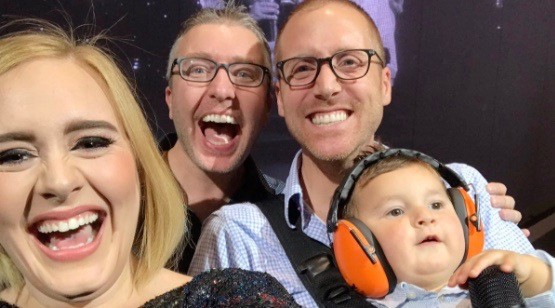 Adele, in case you somehow missed it, is in Toronto this week.

She’s performing four concerts at the ACC, and, as is her wonderful way, she enjoys talking to the audience nearly as much as she enjoys serenading them.

While searching the audience’s front row and asking questions about them, she spotted a pair of gay parents and their baby. And it was pretty clear she was going to get that baby on stage.

Speaking with Caitlin Green, the Toronto resident who shot the video, she told Daily Hive that Adele asked if the baby would cry if she brought it on stage. The New York couple who own a dog spa gave the go-ahead, and suddenly found themselves next to one of the biggest celebrities in the world.

The interaction that follows is nothing short of classic Adele. Charm, humility, spontaneity – it’s all there.

And yes, she signed the baby’s headphones after.

Luckiest baby ever! @Adele is the 8th wonder of the world. pic.twitter.com/DkemP6IMGk