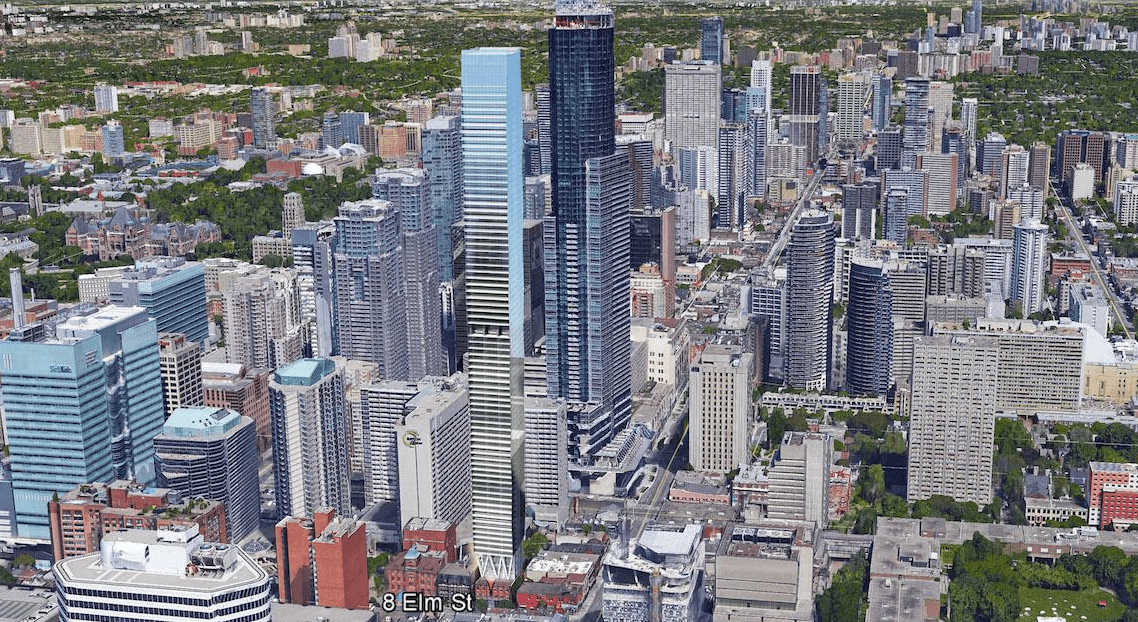 Slim is definitely in when it comes to the world of architecture these days – they’re popping up everywhere in New York City – and it was only natural that Toronto would see more of these sorts of buildings. 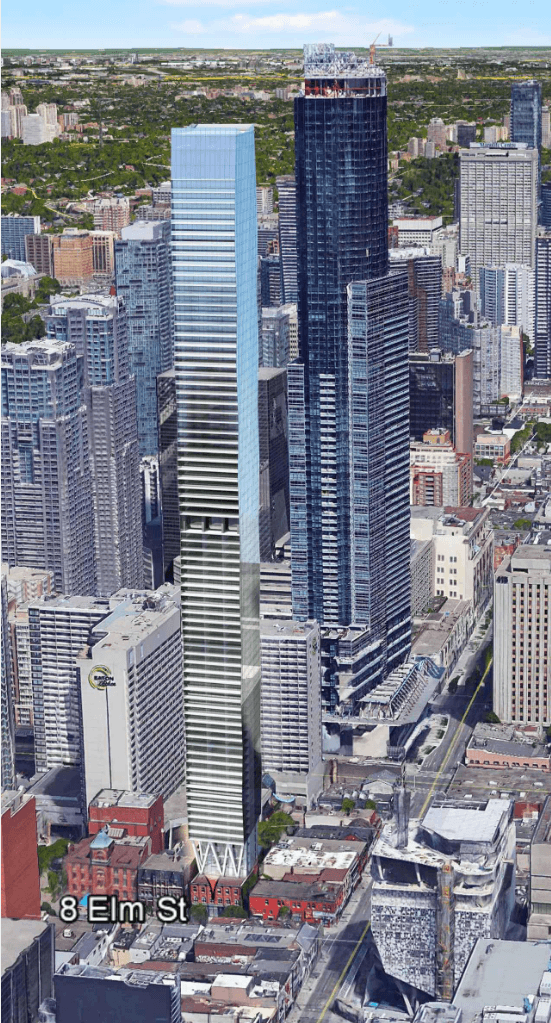 Despite being on Elm Street, the project is anything but a nightmare – well, unless you own a car – because none of the units will come with a parking spot. However, for all you cyclists out there, you’ll be happy to know that each unit comes with a bicycle spot. 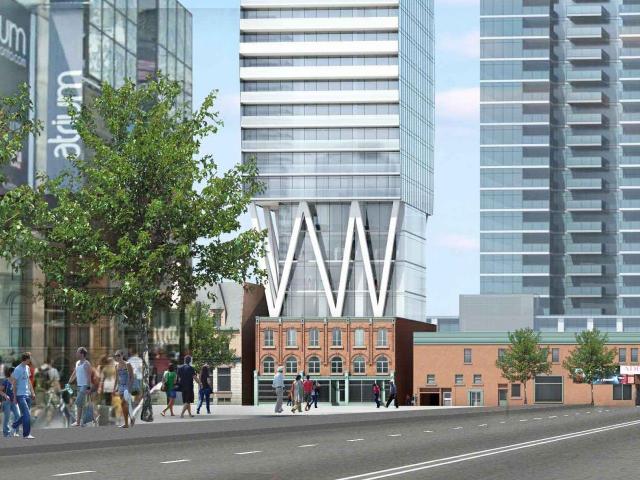 The sleek development, designed by Page + Steele / IBI Group, with the developers represented as 8 Elm Park Properties Inc. near Yonge and Gerrard Street West, will feature 469 residential suites. The rendering shows the body of the tower rising above a compact base supported by cantilevers above the existing building.