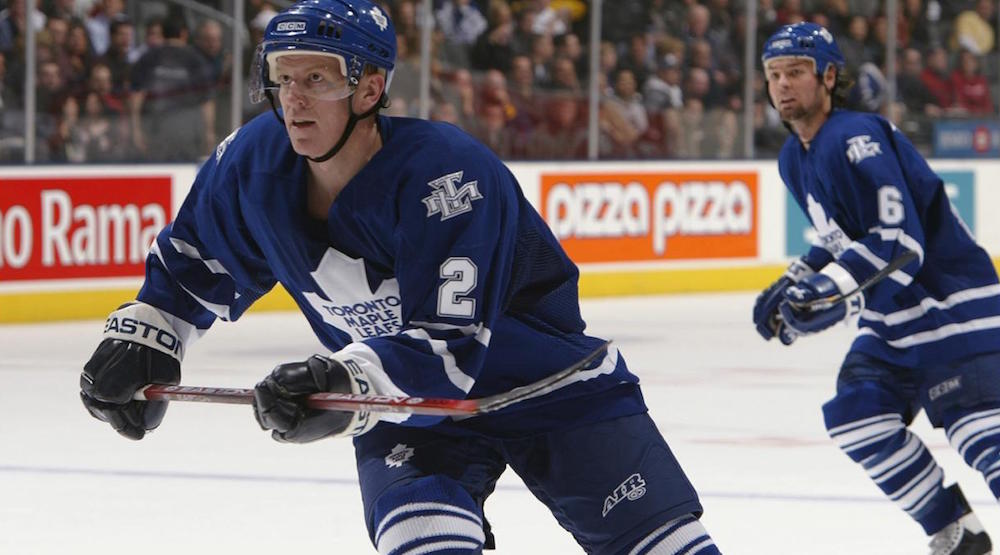 A lot of players have suited up for the Toronto Maple Leafs.

Many of them, we remember.

Mats Sundin, Doug Gilmour, Wendel Clark, Darryl Sittler, Dave Keon. These are players that live on forever in Leafs folklore. Auston Matthews will be in that category one day too.

But what about the players we have forgotten about as Maple Leafs?

Whether it was through a trade or a big offseason signing, here’s a list of eight players that played for the Leafs who you probably have forgotten about.

Recently named to the NHL’s Top 100 Players list, Brian Leetch is arguably one of the best defenceman to ever play the game. With the Rangers, Leetch had a unbelievable career where he won a Stanley cup, a Conn Smythe, and two Norris Trophies. He also got 15 points in 15 games towards the end of his career in a Maple Leafs sweater during 2003-04 season.

Grant Fuhr is the second player on our list that made the NHL’s Top 100 Players list. Fuhr is known for his dominant goaltending performances with the St. Louis Blues and the Edmonton Oilers. The five-time Stanley Cup champion was traded to Toronto in 1991 where he played 65 games and posted 25 wins with a .881 SV%

The only current NHL player to make our list, Anton Stralman has become a huge part of a solid Tampa Bay Lightning blue line that features Victor Hedman and Brayden Coburn. Before the Swedish d-man played with the Rangers and the Lightning, Stralman was drafted by the Leafs in 2005 in the 7th round and played 88 games over two seasons with Toronto before getting traded.

Mostly known for his stints with the Sabres and the Islanders, Mike Peca did indeed have a very short stint with the Leafs. Peca signed a one-year, $2.5 million dollar contract with Toronto for the 2006-07 season where he played 35 games until an injury sidelined him for the remainder of the season.

The second goaltender on our list. Known for his amazing career with the Pittsburgh Penguins, the 1983-84 Vezina Trophy winner played just four games with the Toronto Maple leafs during the 2001-02 season.

The third and final player on our list who made the NHL’s Top 100 Players is Ron Francis. Francis is among all-time points leaders in the NHL with the Penguins, Whalers, Hurricanes and… Leafs. In what was his final year in the NHL, Francis was traded from the Hurricanes to the Leafs during the 2003-04 season where he played 12 games and got 10 points.

This one might make people scratch their heads. Phil Housley played ONE regular season game with Toronto. Housley played in over 1000 career games in the NHL and was traded to the Leafs by the Blackhawks near the end of his outstanding pro career. He also appeared in three playoff games.

Part of many trades a few years ago which was known as the REBUILD stage for the Leafs, Olli Jokinen will go down as one of the best forwards to come out of Finland. He had stints with the Panthers, Kings, Coyotes, Flames, and Leafs. In a season where he was traded twice, Jokinen played with the Leafs for six games before getting traded to the Blues during the 2014-15 season.