Beyond Meat Pizza is dropping into 7-Eleven locations across Toronto.

Now available at select stores across the city, this new release is an option for those who love the taste of Italian sausage crumble, but would prefer a plant-based option.

And to encourage plant-eaters across the city to give the new dish a try, select stores are offering bites for FREE over the next month.

You’ll be able to taste-test the new Beyond Sausage and Roasted Veggie Pizza by grabbing your free sample at select Urban Toronto stores every Monday and Friday between August 26 and September 13 during traditional lunch and dinner hours.

“By expanding the fresh food assortment offered to our customers, we hope to provide options for every preference,” says Doug Rosencrans, Vice President and General Manager of 7-Eleven Canada in a release. “Beyond Meat has created excitement around plant-based protein alternatives and with the introduction of the Beyond Sausage and Roasted Veggie Pizza, we are providing our customers with what they want.” 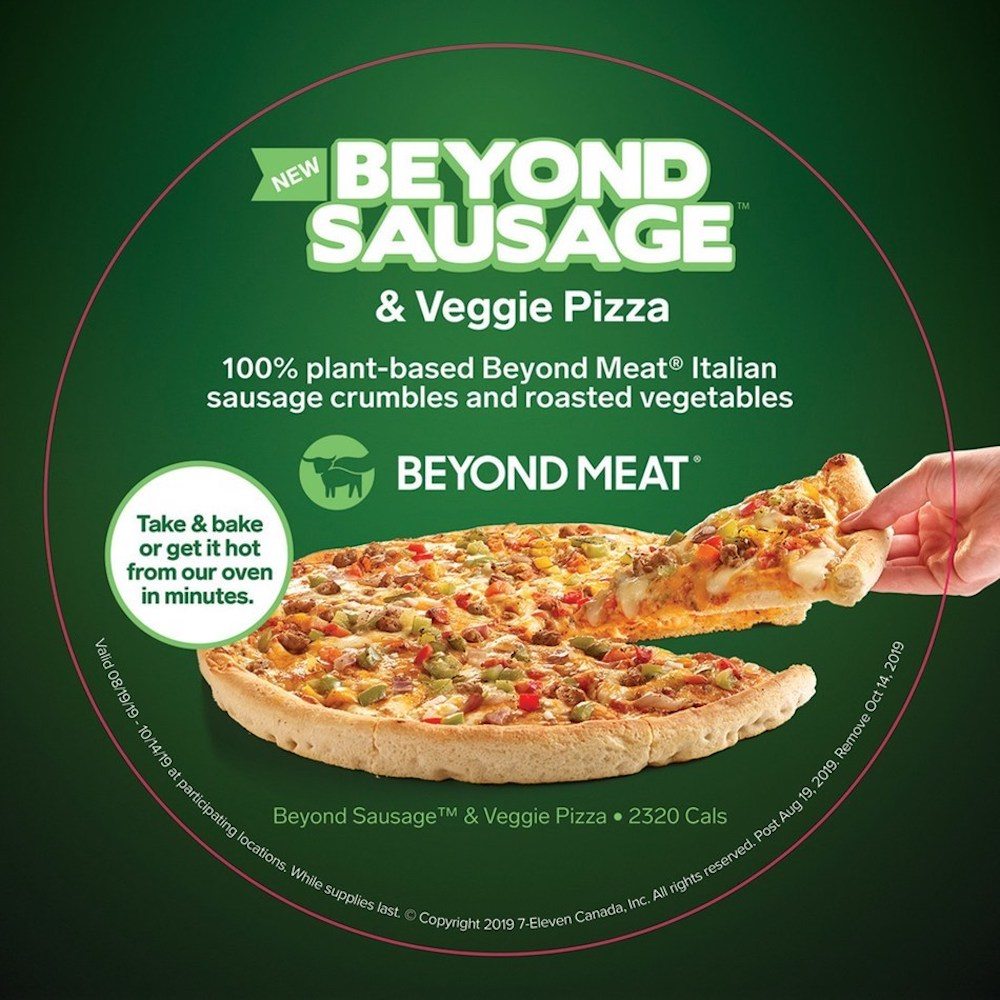 Delivery is available from select stores by Foodora or Uber Eats, and you’ll be able to taste the ‘za at the following locations:

FREE Beyond Meat pizza at 7-Eleven

Where: Select 7-Eleven locations
When: Monday and Friday between August 26th and September 13th during traditional lunch and dinner hours.