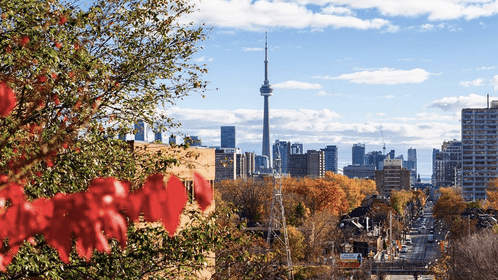 One day closer to the weekend!

Lots going on in Toronto today, from a Leonard Cohen memorial to Drake Night at the Raptors game, check out what’s happening in the city.

Have a great Wednesday!

Missing the summer farmers’ markets? Head to the East end of town and check out U of T’s Farmers’ Market. There will be vendors that range from arts & craft to cheap produce and to deliciously tasting baked goods.

Where: University of Toronto Scarborough, Science Wing building.
When: November 16 at 11 am to 3 pm

Hailing from the UK, London-based indie trio Daughter have recently released, Not To Disappear. This album is the follow up to the group’s widely acclaimed 2013 debut If You Leave. Be prepared for their mesmerizing live set.

Comedy Paws for a Cause

A fun-filled evening of laughs, wellness and fundraising to benefit the charity Therapeutic Paws of Canada (TPOC)! Mingle with some of TPOC’s wonderful therapy dogs and cats while watching hilarious stand-up comedy, courtesy of Absolute Comedy Toronto.

Drake Night at the ACC

Drake returns to the ACC, but not for a concert tonight. Aubrey is hosting his Drake Night at the Toronto Raptors game against the Golden State Warriors. Whether you go for Drizzy, or for the Raps, it’s a win-win tonight at the ACC!

Bring your candles, your tissues, and head to Christie Pits to pay your respects to a poet who always had a way of making the dark times seem more beautiful and bearable than we could imagine alone.