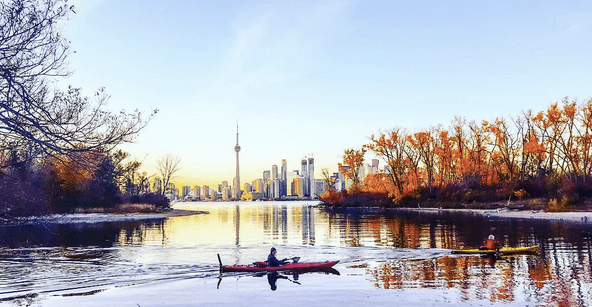 Besides the big election tonight, check out these events (including one election screening) in Toronto today.

Have a great Tuesday!

Once a month, The Theatre Centre hosts a mouthwatering community meal, giving the centre a chance to share their passion for food experimentation and cooking! Today, special guest Dahlia Katz will be cooking up some delicious falafel.

Where: The Theatre Centre, 1115 Queen Street West
When: November 8 at 1 pm

A unique showcase of contemporary Asian cinema and work from the Asian diaspora, the 2016 Reel Asian Film Festival is back! Works include films and videos by East, South and Southeast Asian artist in Canada, the U.S., Asia and all over the world.

It’s lights, camera, action, and you during The Movie Experience – which starts tonight. Purchase a ticket, and find out what character you’ll be playing via a top secret email! Get in costume, play the part, then watch the film.

Where: Secret location, to be disclosed after signing up
When: November 8 to 12

Join hundreds of passionate observers and witness the historical U.S election. The theatre will be screening the election and the bar will be open long past the closing of the polls. Best part? Tickets are free at the box office.

LA-based electronic pop band The Naked and Famous return, on tour to support their latest release Simple Forms. The Kiwi band is known for their energetic concerts and massive sing-a-longs to their singles “Young Blood” and “Punching in a Dream.” So get ready to sing.

Where: The Danforth Music Hall, 147 Danforth Ave.
When: November 8 at 7 pm