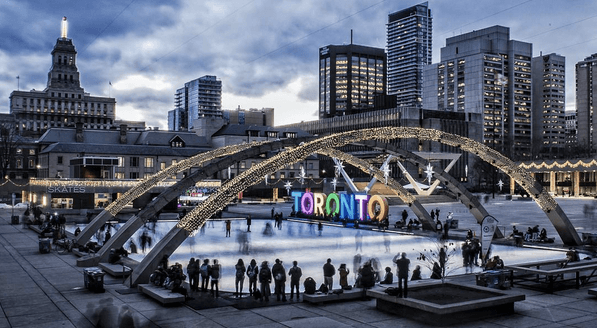 Lots of family events today, along with sports and music. Start your short week by checking out these events in Toronto today.

Enjoy a tour of Fort York and join the cooks in the Officers’ Mess kitchen creating traditional gingerbread cookies. In this hands-on workshop, kids will use period cooking utensils and tools to sift flour, crush cinnamon, cloves, or allspice, pound sugar and grate nutmeg and ginger as they prepare an 1800s gingerbread recipe. Samples may be taken home–if they last that long!

A fun and exciting adventure aimed to engage the entire family! The Christmas themed escape room continues this week. Upon entering Santa’s office, it is up to you and your group to follow the clues and uncover the hidden location of Santa’s Missing list! You must hurry as you only have 60 minutes to complete the task, before Santa is scheduled departure.

Just because it’s below freezing weather outside, doesn’t mean the venues can’t heat up. And it also doesn’t mean we can’t have a music festival! Solaris Winter Music Festival returns for its second day at Rebel with headliner, Zedd.

Where: Rebel, 11 Polson Street
When: December 27

Toronto plays host to the preliminary round for the Canadian team at the 41st World Junior Hockey Championships. Tonight’s game features Canada vs Slovakia, and it all goes down at the ACC.

Curating an environment for the creation of improvised music, PRACTICE provides a stage for musicians of varying skill levels, cultural backgrounds and musical traditions. The event aims to bolster and connect the musical community as a whole, while allowing audience members to participate and witness real-time musical creation.

Where: Drake Underground, 1150 Queen Street West
When: December 27 at 9 pm