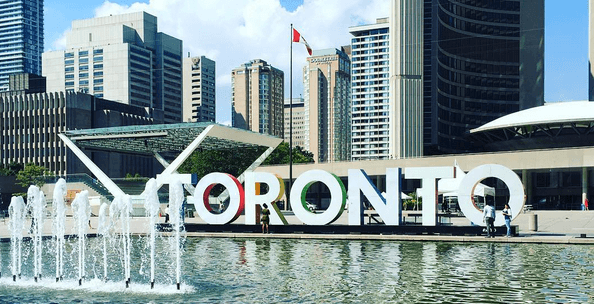 Another hot and sweaty Thursday in Toronto.

But we won’t complain. This summer of September is just what we need to prepare for TIFF excitement. And while a ton of TIFF events are taking place starting today, here are some other events to check out as well in the city.

Play The Parks
Play the Parks returns with Canadian funk band The Soul Motivators. The 9-piece ensemble will be performing a free lunch time show this afternoon.

TIFF Festival Street
Excited for TIFF? Then you’ll be more excited to hear about the TIFF Festival Street (maybe?). Head to King Street from Peter to University and check out free live music, lounges, pop up shops, and lots of food.

Where: King Street West, between Peter and University Ave
When: September 8 – 11

Action Bronson
Since entering rap’s ring in 2012, the former chef released a number of mixtapes before unveiling his first full-length album, Mr. Wonderful, back in March last year. Catch the popular foodie rapper in town tonight!

Where: Sound Academy, 11 Polson
When: September 8 at 8 pm

Lost in Havana
Check out the North American premier of Lost in Havana, a full feature film about the highs and lows of the first ever charitable donation of 100 skateboards to Cuba. All proceeds will go to “Skateboards for Hope,” an organization dedicated to bringing skateboards to developing nations.

Where: Tranzac Club, 292 Brunswick Avenue
When: September 8 at 9 pm

Frosh-A-Thon
It’s Frosh Week! And today, Frosh-A-Thon begins in Toronto. Join Canada’s annual longest-running Frosh Week. Events start today and run through until Saturday, and include two club nights and a boat cruise. Check out the link for all participating schools.

Where: Different locations
When: September 8 – 10