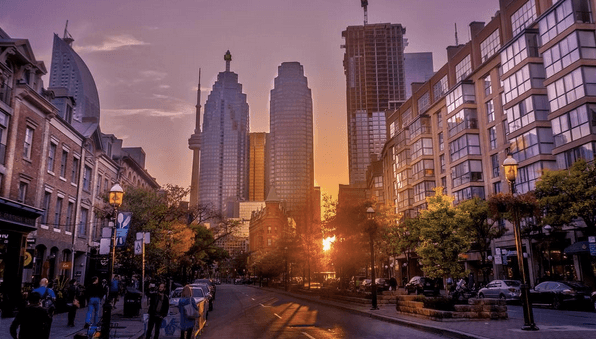 The weekend is almost here, and so are the holidays. Who better to kick it all off than Mariah Carey?! From holidays to art and music, one fun Thursday is a head of us.

Have a lovely day, Toronto!

Mariah Carey kicks off the holidays with Hudson’s Bay & Saks

The Queen of the holiday season herself will be in Toronto on Thursday, November 3, kicking off the window unveiling event at Hudson’s Bay and Saks Fifth Avenue. Carey will be performing two songs as part of the massive celebration at the corner of Queen and Yonge, with an outdoor fireworks display.

AGO First Thursday: Be Magik

November’s First Thursday celebrates the opening of the blockbuster exhibition Mystical Landscapes: Masterpieces from Monet, Van Gogh and more with a roster of local artists working in performance that bring their own magik to the night.

American rock group Band of Horses return to Toronto tonight, touring their fifth studio album Why Are You OK? The South Carolina-based band have been pillars of indie rock for a decade, releasing four studio albums in total, including 2010’s Grammy-nominated Infinite Arms and Mirage Rock.

The Bloody Mary Film Festival is a screening series that is named after the legendary mirror ghost from slumber parties past. The festival seeks to spotlight the works of female-identifying Canadian filmmakers in genre films, specifically horror, sci-fi, and fantasy.

Where: Imagine Cinemas Carlton, 20 Carlton Street
When: November 3 to 4

UK art-pop quartet The 1975 are making a stop in Toronto during their North American tour tonight. The headline tour is in support of their #1 US and UK sophomore album, I like it when you sleep, for you are so beautiful yet so unaware of it. These guys are amazing live, don’t miss it!

Where: Air Canada Centre, 50 Bay Street
When: November 3 at 8 pm