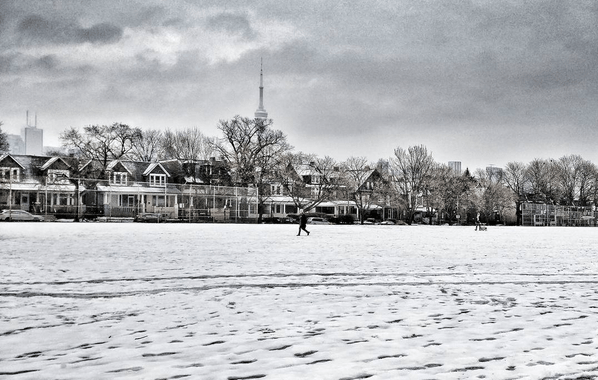 After a big weekend of celebration, check out these events in Toronto start off the new year. Have a wonderful Monday!

Toronto continues its hosting of the World Junior Hockey, and today there are two quarter final games to watch!

Every year, over 12,000 members of the global creative communications industries come together to showcase the world’s best and most creative advertisement work. The Cannes Lion International Festival of Creativity showcases hundreds of film and video advertisements from some of the most creative forces working in the industry.

Kick off the new year with some art! Check out the Power Plant today where artist Nurielle Stern will be discussing Maria Loboda’s exhibition Some weep, some blow flutes.

Start the year laughing! Check out the Monday night comedy at the Ossington.

Where: The Ossington, 61 Ossington Ave
When: January 2 at 7 pm

Early Monthly Segments is thrilled to kick off the new year with a screening of two films by Nina Fonoroff. The Accursed Mazurka and A Knowledge They Cannot Lose explore the intersection of loss, grief and mental distress with the external world of familiar sounds and images, memories and songs.