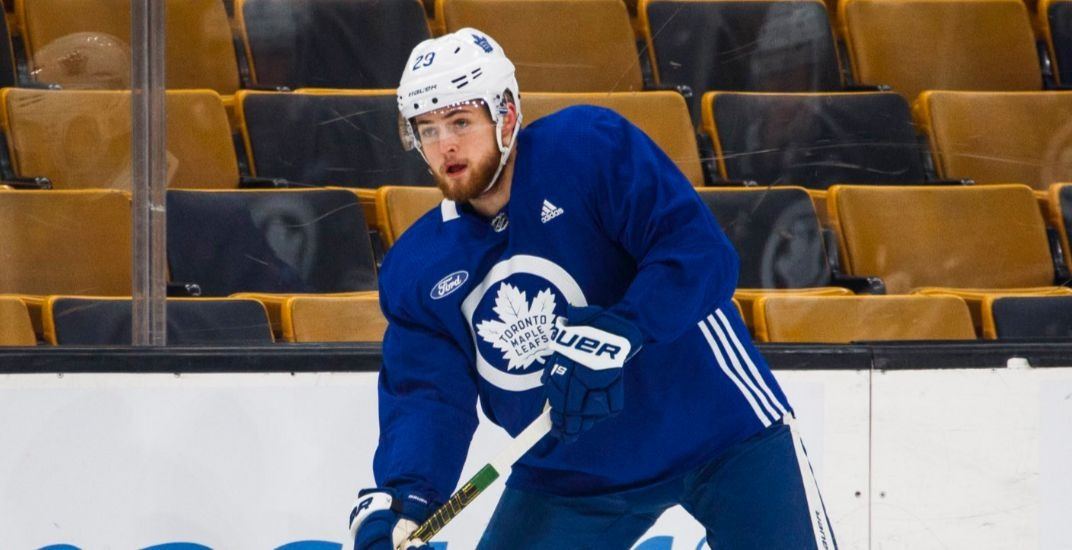 A first-round exit certainly wasn’t what anyone expected from the Toronto Maple Leafs this season.

Despite the disappointment, there are a lot of positives to point to.

These players are not the problem, but moves need to be made to improve the team. Here’s a look at five players the Leafs could do without next season.

Simply put, the Leafs have too much offensive talent and trading William Nylander could make Toronto a lot stronger.

The Leafs will have salary cap issues, as they look to re-sign key players Marner, Kapanen, and Johnsson this summer.

Toronto needs cap space, and considering Nylander will make just shy of $7 million in each of the next five seasons, his contract is more reasonable and easier to trade.

And despite a poor start, his production did improve, so team interest should remain high.

In each of his first two full NHL seasons, William Nylander had 61 points. His production now is basically what it was before the contract saga.

Nylander is a good player, but shedding his salary and getting back a healthy return in a trade is best for the team long term.

Jake Gardiner takes a lot of heat for misplays, and with an expiring contract and limited cap space, these are mistakes Toronto literally cannot afford.

The Leafs are also well stocked with quality defensive prospects in Rasmus Sandin, Timothy Liljegren, Calle Rosen, and Andreas Borgman, each of who remain on entry level contracts entering next season.

It also seems Gardiner makes mistakes at the worst times, as evidenced by this postseason game-winning goal against.

“It was a play where I thought it would be a reverse. Obviously, it was a bad read on my part. I could’ve done something else, but stuff like that happens all the time in games …” https://t.co/Hi8ufKyks9

Nazem Kadri is a loose cannon who can’t be relied upon every game. He also runs hot and cold, and Toronto has enough offensive flare without him.

And when he cross-checked Jake DeBrusk to the head, he proved once again he can’t be trusted. This was the fifth suspension of his career, and a repeat occurrence in important games.

Since 2016, Kadri has been in hot water in every first round playoff series. He was penalized for low-bridging Alex Ovechkin in 2017, suspended three games for boarding Tommy Wingels in 2018, and here we are discussing the DeBrusk incident in 2019.

It’s time Toronto at least make it to the second round, and Kadri obviously isn’t helping the team get there.

#Leafs centre Nazem Kadri’s cross-check that got him ejected Saturday will likely result in a suspension, as his track record (shown here) for fines & suspensions has been lengthy for just a 6-year span pic.twitter.com/rqZf5DwuO3

He’s also one of the most expensive third line players in the league, and for a team fourth in goals with 286 by season’s end, do they really need his $4.5 million cap hit?

With upcoming UFA Tyler Ennis in the fold, the answer is probably not, but other teams may be open to trading for the gritty centre.

Garrett Sparks is a great goalie for any American Hockey League (AHL) club, but he doesn’t belong on the Leafs’ roster.

He gives up over three goals a night, often the result of poor puck decisions and rebound control. He also made the mistake of publicly calling out his teammates’ lack of emotion following a loss to the Ottawa Senators last season, a comment best kept in the dressing room.

Sparks finished the year with a losing record (8-9-0-1) and while he did make the odd big stop, Toronto has had better backup goalies in recent years.

Some possibilities include bringing back Curtis McElhinney or Calvin Pickard, or re-signing Michael Hutchison. Each has played over a minimum 100 games, while Sparks has played a total 37.

Toronto was 20th in goals against last season, so an experienced backup is certainly needed.

After criticizing the Leafs’ organization and requesting a trade last month, it seems Nikita Zaitsev’s tenure in Toronto will be ending soon.

But his contract won’t be easy to move.

He costs $4.5 million annually to make costly defensive errors and – unlike Gardiner who at least puts the puck in the back of the net – has scored just eight goals in his last 141 games.

Still, Zaitsev did lead Toronto in blocked shots last season, was second in hits to Jake Muzzin, and was also one of the Leafs’ top penalty killers. All things considered, perhaps Toronto could work out a good deal in the coming months.

Kyle Dubas says it’s “status quo” on the Nikita Zaitsev trade front: “We’re willing to try to accommodate him and work with him, but we need a similar player back. We don’t have the depth on D and we don’t want to rush our prospects.”

Of course nothing is guaranteed, but there is certainly a lot to speculate heading into the offseason.