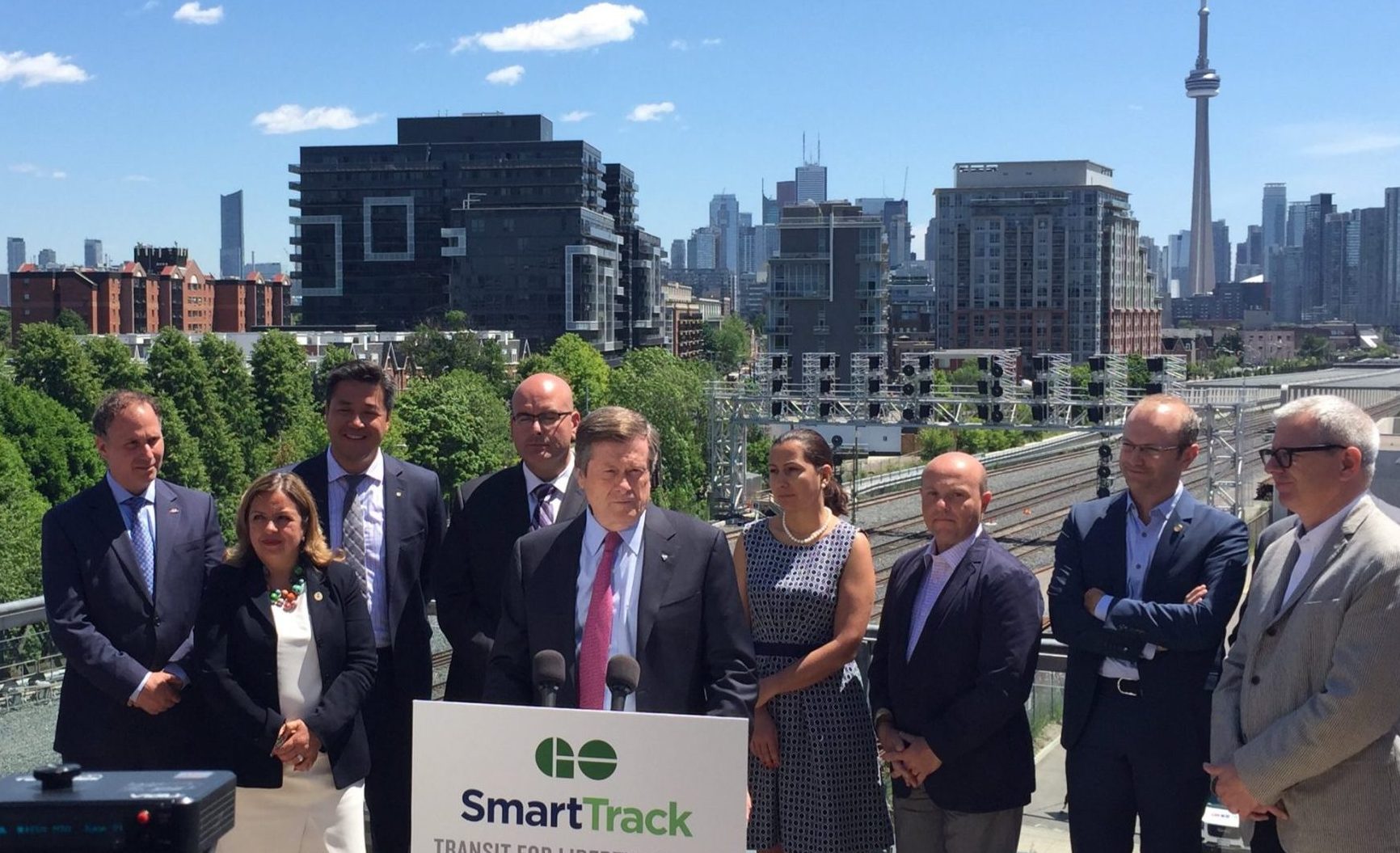 Four new Go stations, including two SmartTrack stations, were proposed this morning by the federal and provincial government at a press conference in Liberty Village.

The Go station stops would be developed in Liberty Village, Spading and Front, Lansdowne and Bloor, St. Claire and Keele.

“Today, I am very happy to announce we are moving forward with one of the most important planks for our plan for Go Regional Express Rail,” said Ontario Transportation Minister Stephen Del Duca. “And that is, to announce that we are going to create more options for West End commuters by building more stations along the Kitchener and Barrie corridors.”

All three levels of government on hand for #SmartTrack announcement in Liberty Village. pic.twitter.com/BpspAaEe3e

Del Duca said the new stations build upon Mayor John Tory’s vision and the vision of SmartTrack. The four new stations will be brought forward for approval by the Metrolinx board of directors at their June 28 meeting. And, Del Duca added that they are subject to a confirmed and agreed upon financial contribution from the city.