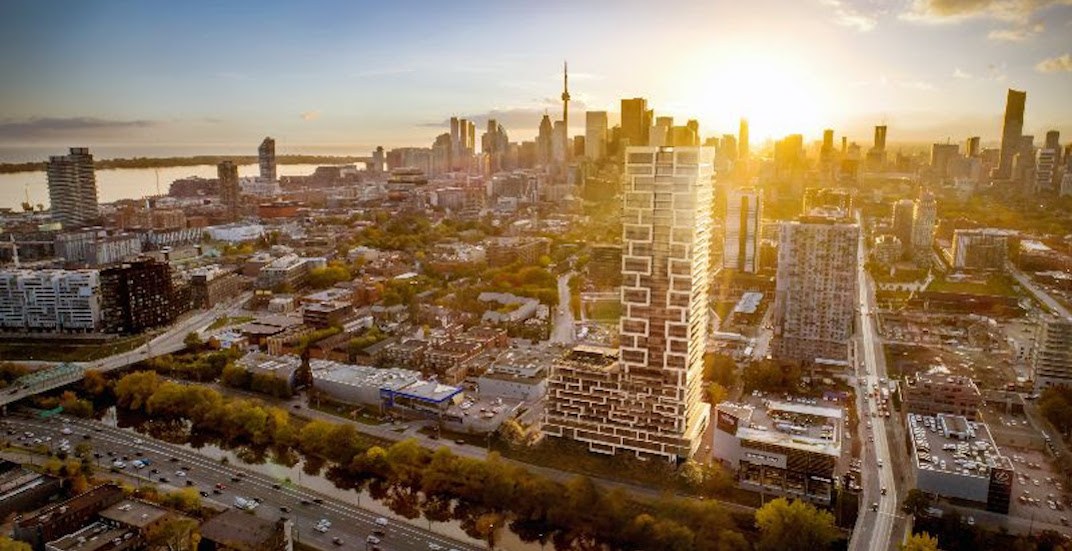 The Montreal-based company, Broccolini, that helped bring to life forward-thinking spaces such as WeWork, Saks, and MEC’s new flagship location, is launching its first residential high-rise project in Toronto this spring.

The project, titled ‘River & Fifth,’ will be nestled between Corktown and Queen Street East, and is said to bring a “new urban sophistication to Toronto’s emerging east end neighbourhoods.”

“It’s as if Toronto kept the east end of downtown a secret for years, but word is finally out,” said Michael Broccolini, VP Business Development and Finance.

“The neighbourhood provides an ideal combination of city and nature, with the Don Valley Trail, Corktown Commons, and Riverdale Park all within five minutes from each other, where you can escape the hustle and bustle. It’s a part of the city that aligns with so many of our own community values.”

Standing 37 storeys above the Don Valley, the high-rise will don an eye-catching façade with stacked framing, while an 11-storey podium at the base of the building will create a “mid-rise neighbourhood feel,” and feature a series of townhomes. 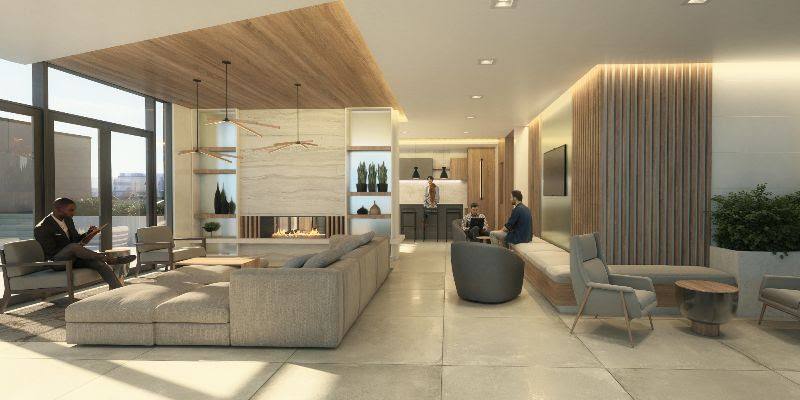 Thanks to Toronto design firm U31, the building’s interiors will reflect “nature and city colliding,” with the lobby and amenity spaces decorated with greenery, feature lighting, marble veining, natural oak finishes, and sculptural wood seating. 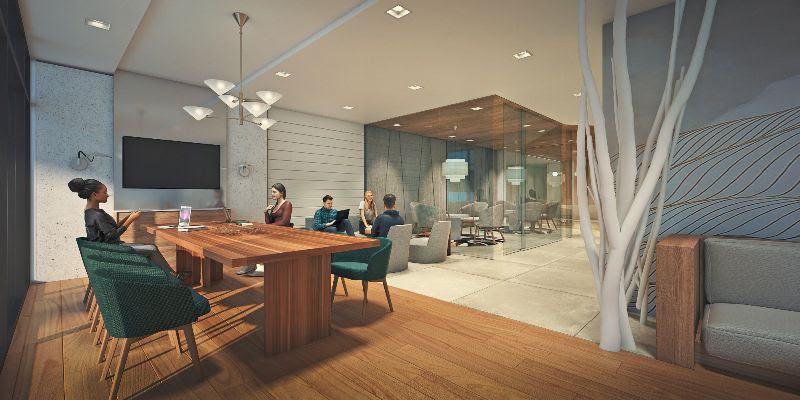 Whether you live with your family or on your home, the building will house a number of impressive amenities that will cater to all, including 25,000-sq-ft of indoor and outdoor amenity space featuring a kids’ game room and lounge, expansive fitness area with a ballet bar and boxing gym, and co-working spaces.

Another selling point is the 12th-floor rooftop, featuring a Baja-style pool that overlooks the city.

Also in the works is a new parkade on the south side of the development and a pedestrian walkway that connects the building to Bayview Avenue and leads to Corktown Commons.