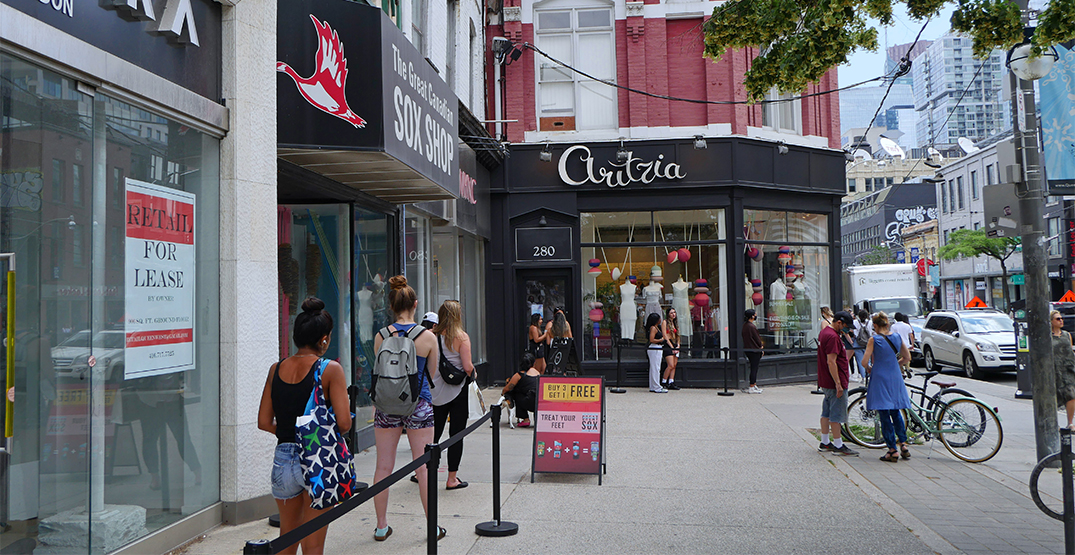 Chief Medical Officer of Health Dr. Kieran Moore, who officially took the position on June 26, said it’s important to wait at least two to three weeks before moving into Step 3 to evaluate the impact reopening has on new infections.

“We have a new adversary in Ontario. An aggressive adversary that we really need to be cautious about,” he said, speaking about the Delta variant.

“I do think a 21 day interval is prudent. I personally don’t want to see that shortened. We need to be data driven in the face of this new enemy.”

Ontario is moving into Step 2 of its reopening framework at 12:01 am on Wednesday, June 30. That means amusement parks and malls will reopen, and capacity limits at stores and on restaurant patios will increase.

But there are already discussions about when Ontario will move into Step 3, when getting a haircut, going to the gym, and dining indoors will be allowed again. Premier Doug Ford has said he’s keen to move into that step a few days early to kickstart the economy, but Moore doesn’t share that view.

He explained that the 21-day buffer is there to allow people who recently got their second shot to build immunity, and to evaluate data following Step 2 reopening. He’s carefully watching Israel, Australia, and the UK, countries where reopening has been delayed and mask mandates re-instated because of surges in Delta infections.

The Delta strain was first discovered in India, and fuelled a deadly resurgence of COVID-19 there. It’s now been labelled a variant of concern by Canadian and US health officials.

“It’s aggressive. It wants to spread rapidly,” Moore said. “On average, Delta wants to go from one person to six, to 36, and then 216 rapidly in a three to five-day cycle.”

The Delta variant has seen outbreaks in the Waterloo, Grey Bruce, and Porcupine health units so far. Province-wide, Ontario has seen about 20 outbreaks fuelled by Delta since the strain was declared a variant of concern.

“A two- to three-week cycle is very important to maintain so we do the opening of Ontario in a stepwise manner — always going forward and never having to take a step back.”

The earliest date Ontario could enter Step 3 according to the framework is July 20.