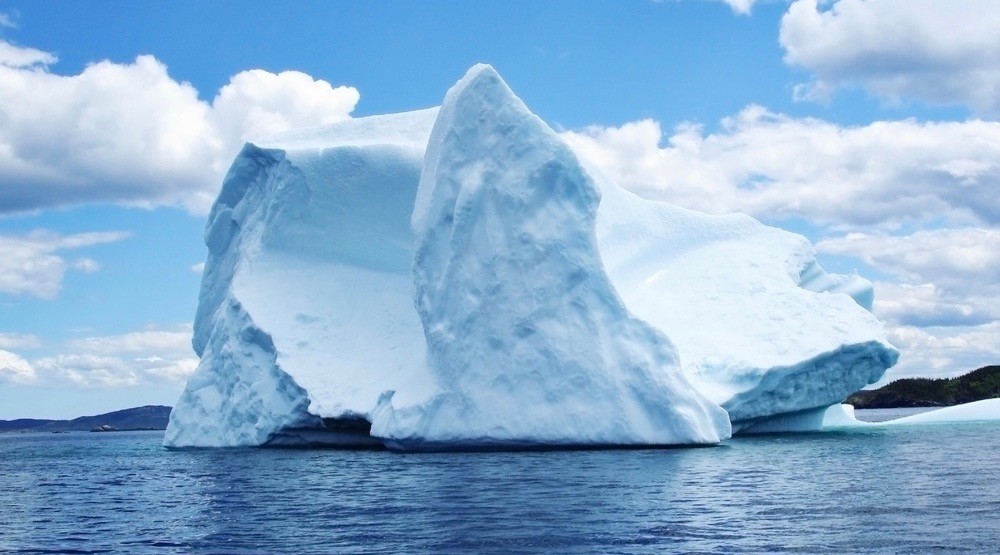 Iceberg in Atlantic Ocean off Newfoundland/Shutterstock

And now you’re going to have the chance to see one up close and personal in Toronto this summer.

To celebrate Canada’s 150th, Canada’s aptly named Iceberg Vodka is transferring one of Newfoundland’s floating giants from the Atlantic Ocean to a specialty Ice-Bus that will travel across Ontario en route to Ottawa.

To be clear, there’s no way to successfully transfer one of the monstrous icebergs to Toronto without it melting en route, so they’re going to go ahead and melt it before coming here. No, that doesn’t mean you’ll be staring at a pool of 20,000-year-old water. It means that the iceberg will be melted down so its liquid form can be shipped up to Ontario to be reconstructed.

You can expect roughly 2,500 lbs of iceberg to be sitting on the back of the vodka company’s special Iceberg-Bus as it tours throughout the province, stopping in Toronto on June 28, on its way to Ottawa for Canada 150 celebrations.

When it arrives, you’ll be able to touch and even chip off a piece to taste the pure, millennia-old water.