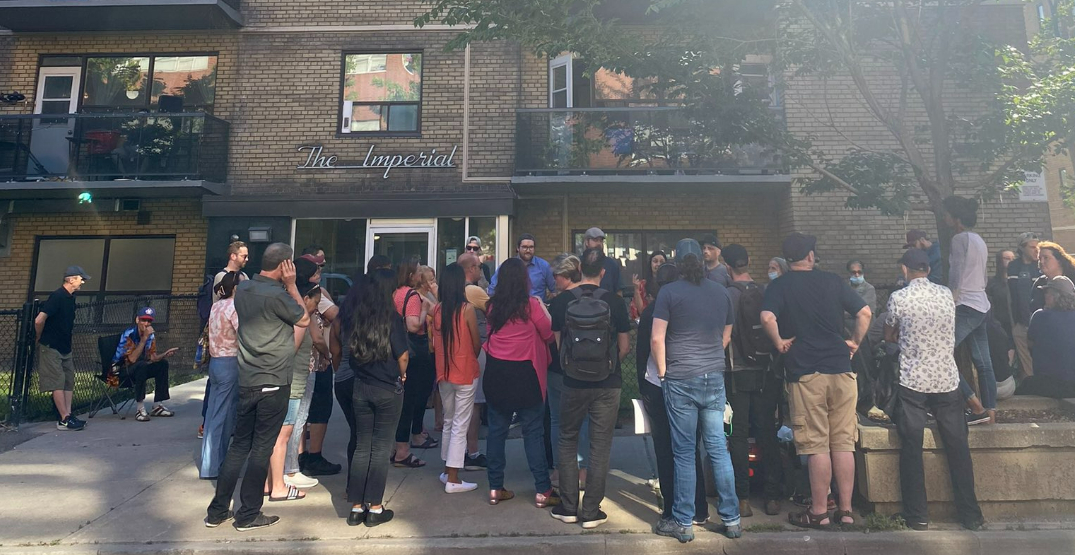 Multiple Parkdale tenants are allegedly being evicted for using their air conditioning in the summer heat.

Bhutila Karpoche, MPP for Parkdale-High Park, shared on Twitter that multiple residents of 130 Jameson Avenue were kicked out for attempting to keep cool as temperatures rise.

Tenants at 130 Jameson received eviction notices for using their ACs.

In the hot summer months, especially during heat waves, this a serious health issue.

They are organizing to be able to keep using their ACs, especially since many neighbours are seniors and/or disabled. 🧵 pic.twitter.com/R9JTROgZlm

Under a Toronto bylaw, landlords must heat apartments to a minimum of 21°C during the winter months. But, there is no law concerning maximum temperatures during the summer.

According to the Federation of Metro Tenants’ Associations (FMTA), a non-profit that advocates for better rights for tenants, leases can legally forbid the use of an AC unit.

However, even if a lease prohibits air conditioning, if a tenant has had one for a long period of time with a landlord’s knowledge and the landlord has never objected, the FMTA says it can be argued that the landlord has given “implied consent.”

One of the tenants at 130 Jameson Avenue told Karpoche that there was an AC unit already installed when she first moved into her unit nine years ago and that it had never been an issue. Another resident had lived in the building for 40 years.

Karpoche claims that the evictions are not due to the tenants’ use of AC, but rather are an attempt to exploit a loophole in the Residential Tenancies Act.

“Once a unit is vacated, there is no cap on how much rent can increase. It’s called vacancy decontrol, and it incentivizes landlords to unfairly evict/renovict tenants simply to jack up rents,” the councilor tweeted.

“Vacancy decontrol” was introduced by former Ontario Premier Mike Harris in the mid-1990s. The rationale, according to the Advocacy Centre for Tenants Ontario, was that the measure would incentivize developers to build more purpose-built rental units. Instead, it incentivized landlords to frequently evict tenants in order to raise rents.

This wasn’t always the case.

Meanwhile, rents have skyrocketed. When legislation doesn’t protect tenants, organizing is an answer.

Karpoche pointed to a motion put forth by Jessica Bell, MPP for University-Rosedale, that would set maximum temperature requirements for rental units, as a solution to the issue.

The councilor also highlighted the Rent Stabilization Act, a bill put forth by herself and Bell that would cap rent increases between tenants, as another remedy.

When contacted by Daily Hive, The Myraid Group, which manages 130 Jameson Avenue, declined to comment and deferred instead to Karpoche.