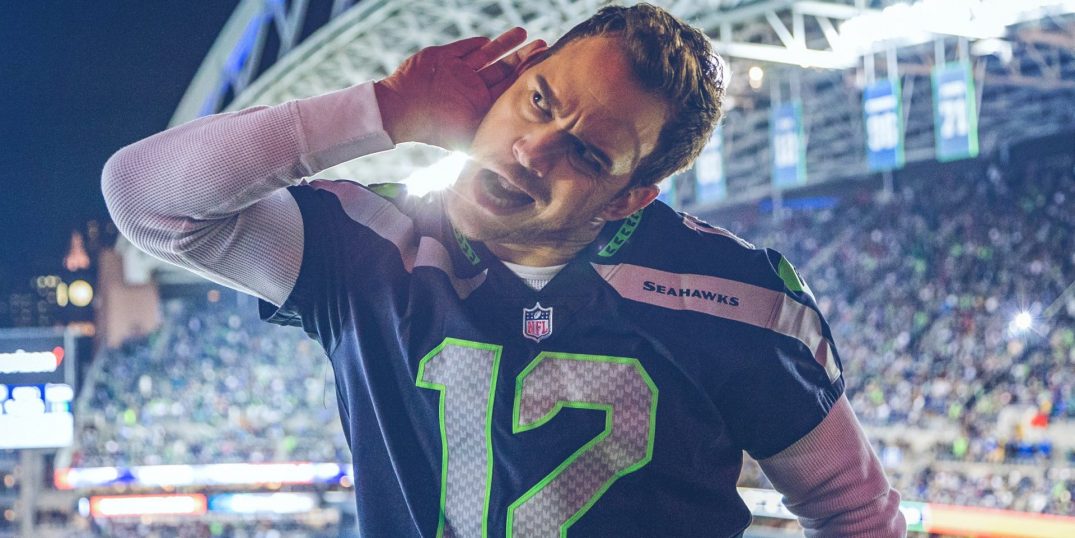 It was a day the young man will never forget. For Texas Tech linebacker Jordyn Brooks, who has been undoubtedly dreaming of this moment for years, draft day turned hopes into reality.

Unfortunately, Seattle Seahawks fans weren’t as enthusiastic about the prospect when it came time for NFL Commissioner Roger Goodell to announce the team’s first-round draft pick on Thursday.

The Hawks selected the Texas product with the 27th pick, a decision that most fans on social media disagreed with.

A large reason why fans have had a sour reaction is that the management team inside the Seahawks doesn’t do a whole lot of letting people in on their thought processes. While it’s easy to see that Seattle needed to add depth in their linebacker core, without expressing why they chose who they did, the Seahawks look to have been bamboozled.

Some members of the 12th Man Club were quick to point out that Seattle has a long-standing tradition of making something out of seemingly nothing, especially in the modern era, and exceptionally on defense. However, the days of the Legion of Boom are long gone.

Here’s a sample of the fan reaction:

Y’all should have just traded the pick honestly…

Cancel the season after this pick.

This is why I have lost faith in our franchise. Year in and year out we always find a way to get worse. Wonder why? Because our front office can’t identify talent and doesn’t know how to run a team.. WAKE TF UP!!! #GoHawks

Absolutely disgraceful draft pick. In all my years as a fan of this team I’ve never seen a draft pick so stupid and pathetic. I’m taking my fanhood to Miami where it looks like they know how to run a football team

The puzzling pick is a two-fold problem.

Firstly, if the Seahawks wanted to add a young star to their linebacker core, why not pick one of the four higher-rated LBs that were still on the board when their time came with the 27th pick? Sure, Brooks has talent — he ran a 4.54 40 at the combine — that is undeniable. However, he was ranked seventh at the combine among a pretty stellar class.

Notably, Patrick Queen was still up for grabs. Coming off one of the best defensive seasons ever played in the SEC, and was ranked 13th overall among every single listed prospect.

Yes, 26 other teams passed up the opportunity to draft Queen, but letting the second-best LB in the draft go to Baltimore (who were smart enough to pick him at 28th) could be a choice that looms over the franchise more than throwing it on second and goal with 20 seconds left in Super Bowl XLIX with Marshawn Lynch on your depth chart.

The other concerning part of the choice is that Seattle has a lot of work to be done in order to retain any force of elite status again in the NFL. At the linebacker slot, Brooks isn’t going to shift or make a drastic change in the way Seattle plays. With so many talented players in the 2020 NFL Draft, it’s hard to understand why any team would prioritize a prospect ranked in the 89th spot on the list.

Perhaps Seattle is looking to hold a dept over the Baltimore Ravens, who clearly won out (on paper) in this battle of patience.