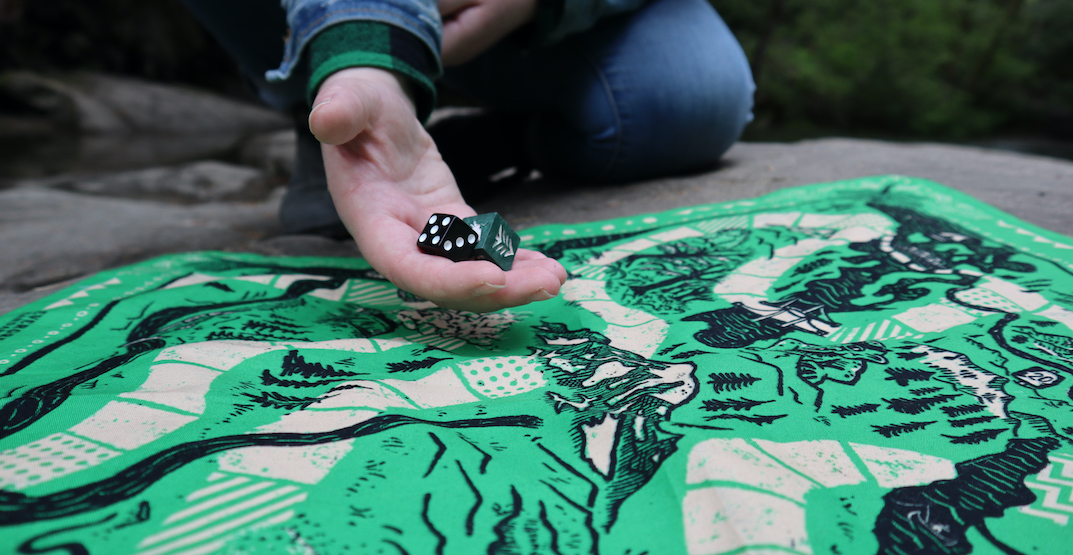 After designing the official municipal flag of Bellingham and a bandana so popular that Chris Walla of Death Cab for Cutie sported one, it was time for Bradley Lockhart and Kevin Misiuda of Northwest Corner Goods to design their next ware: the Evergreen Bandana Game.

The board game/bandana was designed for outdoor excursions and camping trips and is packed full of Washington State symbols, including mountain ranges, rainforests, wildlife, and mythological creatures.

“We figured that so many folks carry bandanas with them in their pockets or around their necks, why not make it so you could simply lay it out and start playing a game with your friends and family,” Lockhart told Daily Hive.

The game itself is an adventure board game in which players roll to race across the Evergreen state.

Along the way, players will encounter unique Northwest obstacles such as the Lost Mist, which forces the player to trade places with the one in last place, or the Troll’s Toll, where players will have to miss a round of play.

Each Evergreen Bandana Game comes with a cloth carrier bag, rule sheet, and custom dice — all of which fit right into your pocket.

Lockhart and Misiuda started designing the game back in January and were all set to launch before facing a setback due to the pandemic.

“We questioned whether the timing was right to launch something like this, but in the end, we decided it’s always better to create and share than to wait for some perfect timing,” said Lockhart.

“Also, it feels like everyone out there has a newfound appreciation for the handiness of bandanas right now since they make for a great reusable face mask.” 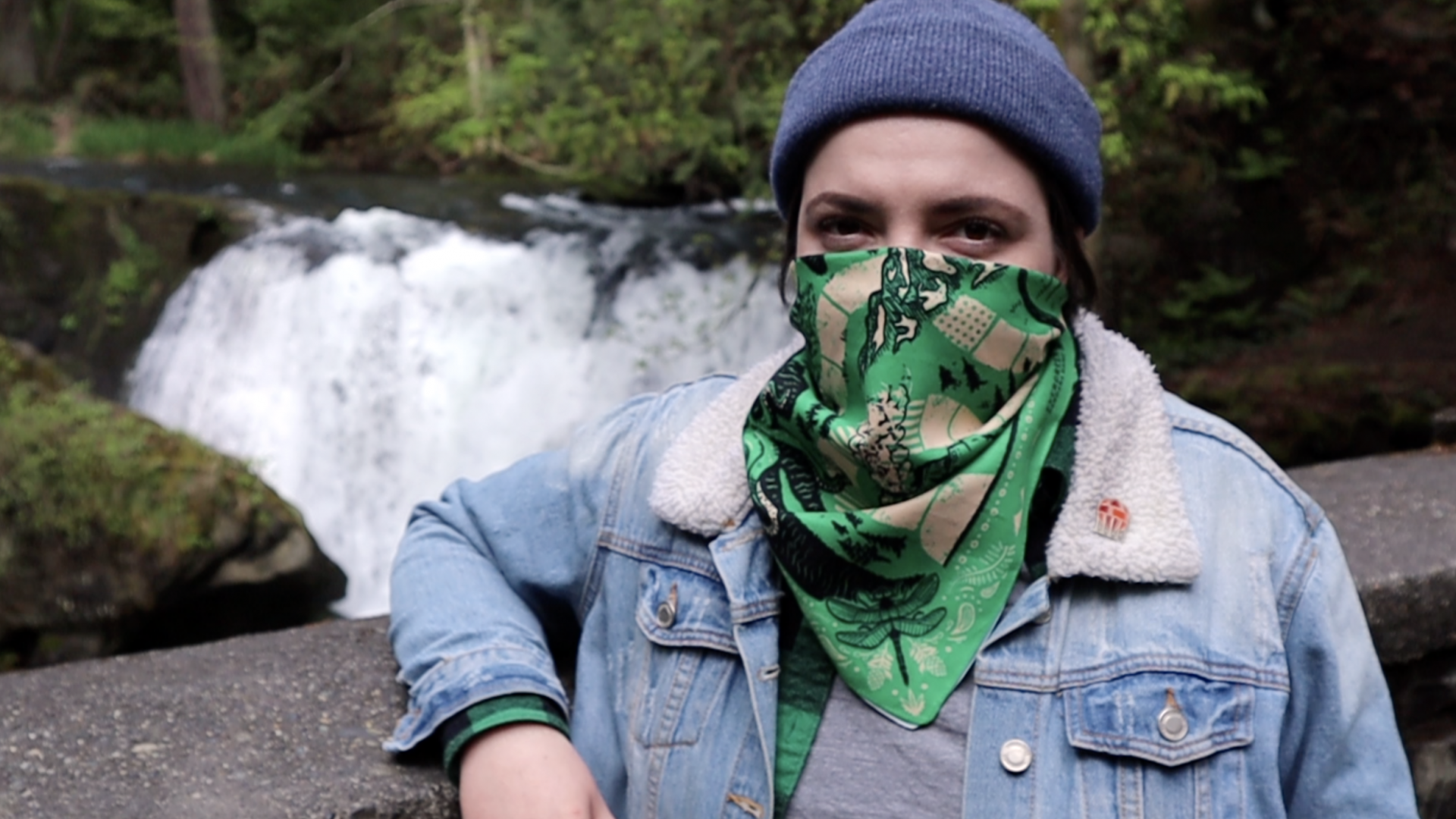 The Evergreen Bandana Game is currently available for purchase for $25 through Kickstarter, where the idea first took shape in May, raising $7,357 of their original $2,500 goal.