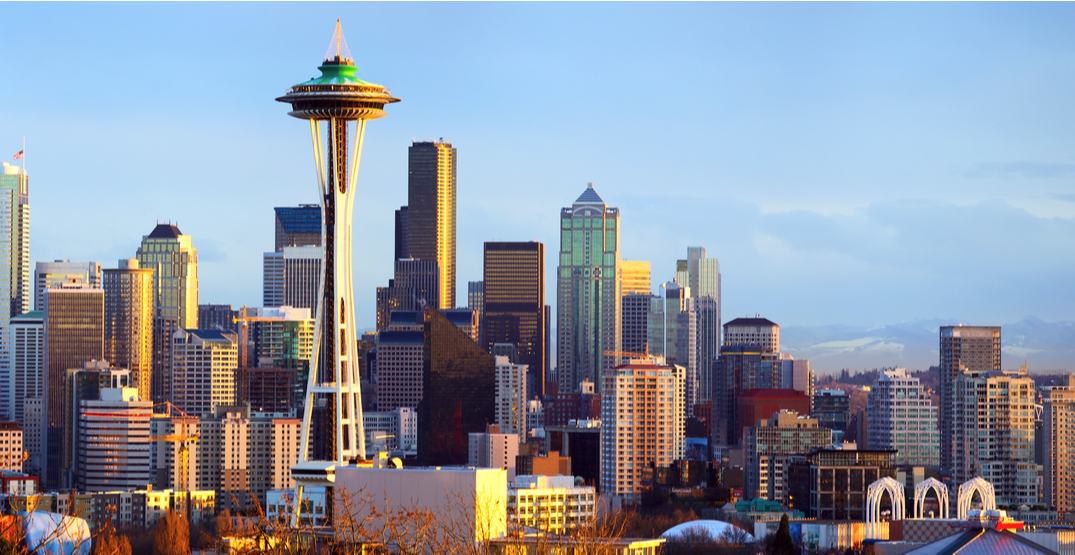 Washington has topped the chart of the best states to work in across America during COVID-19.

A new report by Oxfam viewed worker protections, healthcare, and unemployment in all 50 states during the pandemic.

Each state/territory earned a score from 0 to 100 for each area, which was totaled to create the score.

Washington scored the highest at 76.41, ranking first for unemployment rates, which were measured by comparing how well each state covered the cost of living.

According to Oxfam, the minimum weekly unemployment in Washington is $240.24 and the maximum is $790. On average, unemployment checks account for 86.40% of the cost of living.

“The pandemic has revealed the harsh challenges low-wage working families face in the US,” said Minor Sinclair, Oxfam America Director of US Domestic Program. “Washington leads the way in providing most families a cushion from the fall by offering unemployment support, worker, and healthcare protections. But the federal government and many other states in the country have failed to provide any support for working families who risk falling into poverty, hunger, and homelessness.”

The state came in second in worker protections, behind California, which provides childcare for essential workers and protection against retaliation.

Here’s an overview of the top 15 states in the country: 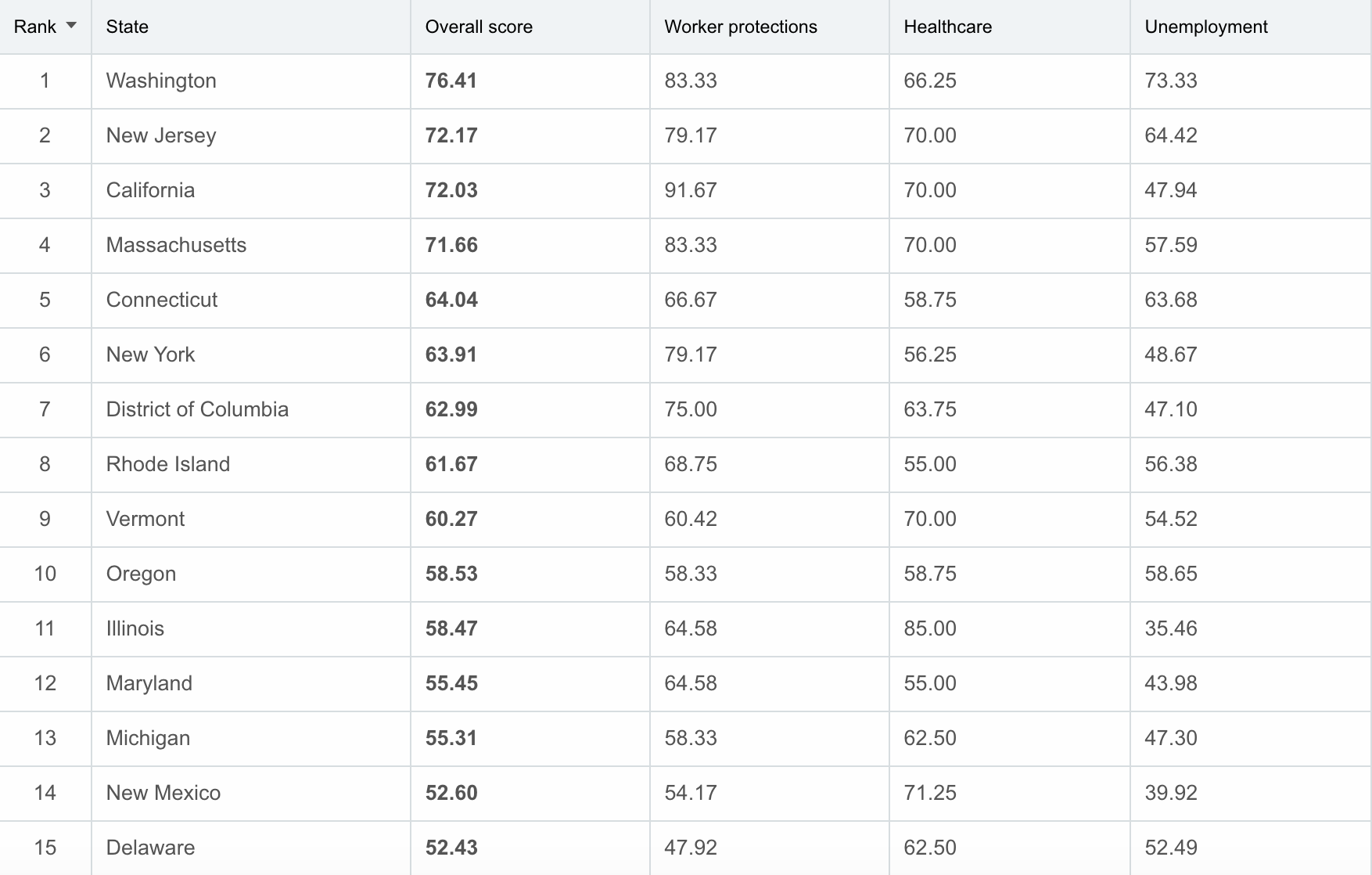