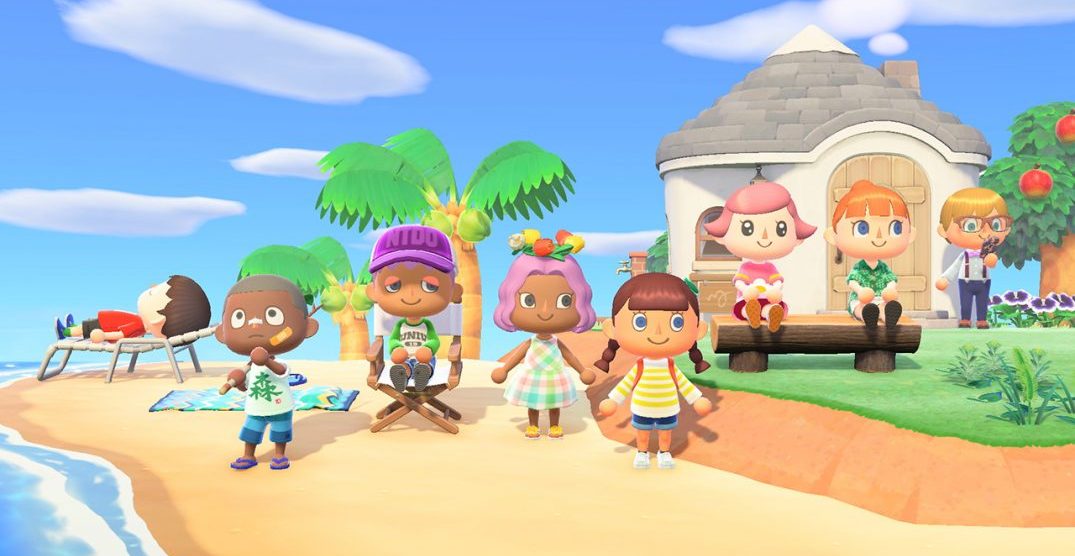 With cities shutting down all over the globe, and suggested or mandatory quarantines amongst metropolitan areas, it’s getting harder to hang out with your friends.

The CDC’s suggested protocol for safety during the COVID-19 pandemic means that large gatherings are off the table, but that doesn’t mean that all the fun and games between you and your friends needs to stop completely.

Thanks to the internet, and cooperative or multiplayer gaming, we can still spend time supporting and talking with our loved ones.

Here are six fantastic video games that promote grouping up while social distancing.

Newly released Animal Crossing: New Horizons landed on the Nintendo Switch today and brings with it a whole new world to explore. Multiplayer means you can easily visit your friends’ islands where you can chase bugs, gather resources, discover secrets, and design an entirely new life for yourself.

The key selling feature here is that Animal Crossing provides a mountain of zen. From the catchy and calm music to the memorably slow pace to the game, Animal Crossing: New Horizons is the absolute perfect companion for an unprecedented quarantine period. It’s a digital zen garden. One you can invite your friends over to play in.

The longest-running gaming tradition that is still completely alive today is Blizzard Entertainment’s World of Warcraft. The Massively Multiplayer Online (MMO) game broke through in the early 2000s and set a new standard for partying up with your pals, and heading out on a grand adventure.

Whether you are a new player, or a veteran, there are thousands of hours of fun to be had on the lands of Azeroth. In a recent patch, Blizzard added “Party-sync” to WoW, which allows high-level characters to replay low-level quests with their friends. Available for pre-order now, the latest WoW expansion is set to hit the game sometime (rumored to be soon) in 2020.

The makers of Halo went on to launch their own fantasy sci-fi shooter with Destiny back in 2014. Three years ago, Bungie released Destiny 2, which fixed a lot of the woes players had with the original. Now, after years of support and content updates, Destiny 2 is one of the best first-person-shooter experiences that one can have with their friends.

An open-world, dungeon-exploring galaxy awaits in Destiny 2, and the grind for weapon and gear drops will surely last you the remainder of your isolation. Season of the Worthy began in-game on March 10, and adds a whole new selection of things to hunt and missions to complete.

Much like the aforementioned Animal Crossing: New Horizons, Stardew Valley is a seemingly endless foray into starting and taking care of your own farm. It’s a peaceful place to visit — which we could all use right about now — and does everything it can to keep you spinning all of the plates. Whether you’re a mining fiend, a crops connoisseur, or an animal caretaker, it’s easy to lose a few hours, or days, tending to your new digital life.

Best of all, Stardew Valley is ripe with relationships to nurture, including those of your friends. You can choose to host or join a multiplayer farm and have up to four cabins on a single lot. Gather those friends, and get to gardening!

Ubisoft’s second outing with their Division franchise was far better than their original take. A nearly completely multiplayer open-world post-virus third-person-shooter pits you (a member of the Division) against a growing city of threats. It’s a visual treat, and at times a somber one, but The Division 2 makes for an astoundingly rare and intense co-op experience.

Considering the film Contagion is at #1 on Netflix right now, perhaps The Division 2 will also spark your fancy due to the subject matter nearing reality. Throw on those respirator masks, and head out into the savage streets of Washington, DC, post-outbreak.

For a completely opposite atmosphere and sensation as The Division 2, the Xbox (and Windows PC) exclusive Sea of Thieves could just be the best mix of all the games mentioned above. Sail the harsh seas of a pirate-infested world, singing shanties, searching for treasure, hunting skeletons, and capturing outposts in this first-person team-based game. Take ships that demand attention and hands, and sail out onto the waters to find out what the pirate life is like.

With a unique art style, and an absolutely dreamy atmosphere (much praise to the rain and thunderstorms), Sea of Thieves is can be a revelation in hoarding, or the closest things to rainymood that video games have to offer.