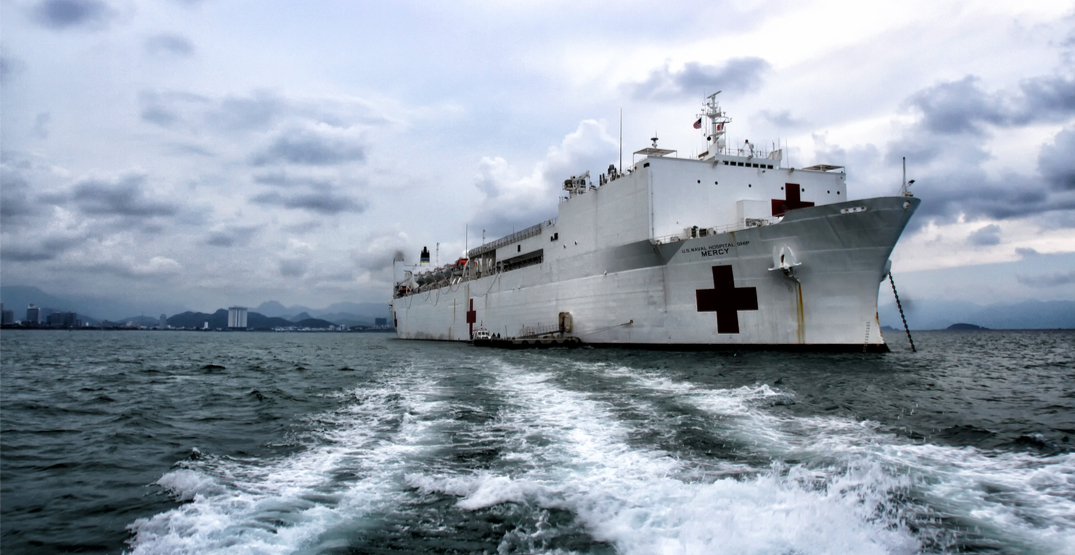 During Sunday’s White House Coronavirus Task Force update, President Donald Trump reassured citizens, and announced further actions to combat and support the US as it falls tighter into the grip of the COVID-19 pandemic.

FEMA took to the podium to announce that they will be addressing both the California and New York government’s ask for more help. In addition, both New York and Washington states have been approved for a Major Disaster declaration, while California submitted their request early this morning and is pending the president’s approval.

FEMA also stated that the Department of Defense has been given direction to deploy navy medical ship USNS Mercy to California, effective immediately.

“Even though there are more cases, right now, in Washington, the projected need for beds in California is five times more than that of Washington,” said FEMA Administrator, Peter Gaynor.

It is expected that Mercy will make harbor in California in “a week or less” according to FEMA, and will be used to relieve local pressure for medical needs and beds for those not battling the coronavirus. This will free up space in land-locked health service locations to administer more intake at hospitals.

In the next three weeks, the east coast will receive support from the USNS Comfort “probably in the New York harbor,” said Trump.

Trump also approved National Guard service under “Title 32 Status” to Washington, California, and New York. Title 32 gives governors of states to control and have use of National Guard members as full-time support.

“This does not federalize the National Guard,” said Gaynor. “This is not martial law.”

During his opening remarks, Trump gave a new answer, unprompted, to the question asked last week that started a small verbal fire in the White House Press Room. “For those worried and afraid, please know that as long as I am your president, you can feel confident that you have a leader that will always fight for you, and I will not stop until we win.”