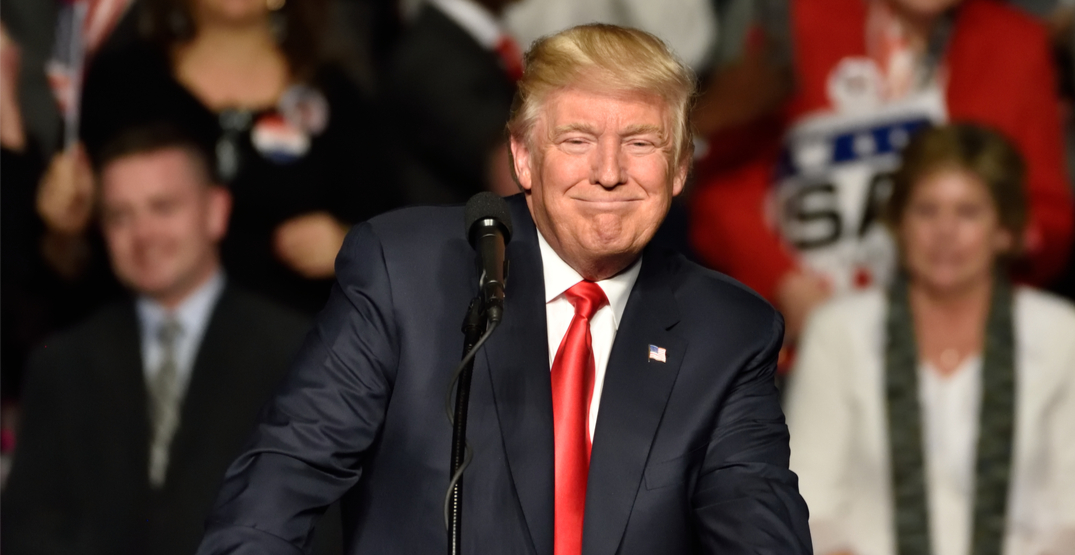 President Trump tweeted Monday night that he plans to put a freeze on all immigration coming into the country while the federal government continues to try and mitigate the impact of COVID-19.

“I will be signing an Executive Order to temporarily suspend immigration into the United States,” Trump wrote.

In light of the attack from the Invisible Enemy, as well as the need to protect the jobs of our GREAT American Citizens, I will be signing an Executive Order to temporarily suspend immigration into the United States!

This move comes after the White House and President Trump introduced a plan last week to reopen America.

During Monday’s update, Trump brought Chief of Engineers General Todd Semonite on stage to discuss a few points of interest. While the president asked Semonite to keep the public up-to-date on the border wall between Mexico and the United States, just off mic, Trump said, “We’ll have it done sometime pretty early next year.”

A few hours after the update, the president announced via his Twitter account his plans to halt immigration.

Trump, who has recently begun holding up positive press clippings during coronavirus task force updates, says that the move to close off immigration is a move to “protect the jobs” of US citizens.

On Tuesday, Trump shared more information on the order during his daily update: “By pausing immigration, we will help put unemployed Americans first in line for jobs as America re-opens.”

“This pause will be in effect for 60 days, after which the need for any extension or modification will be evaluated by myself and a group of people,” added the president, before stating that this halt will only apply to those trying to immigrate into America on a permanent basis and will not affect temporary visas.

The White House has yet to release official documentation on the executive order.