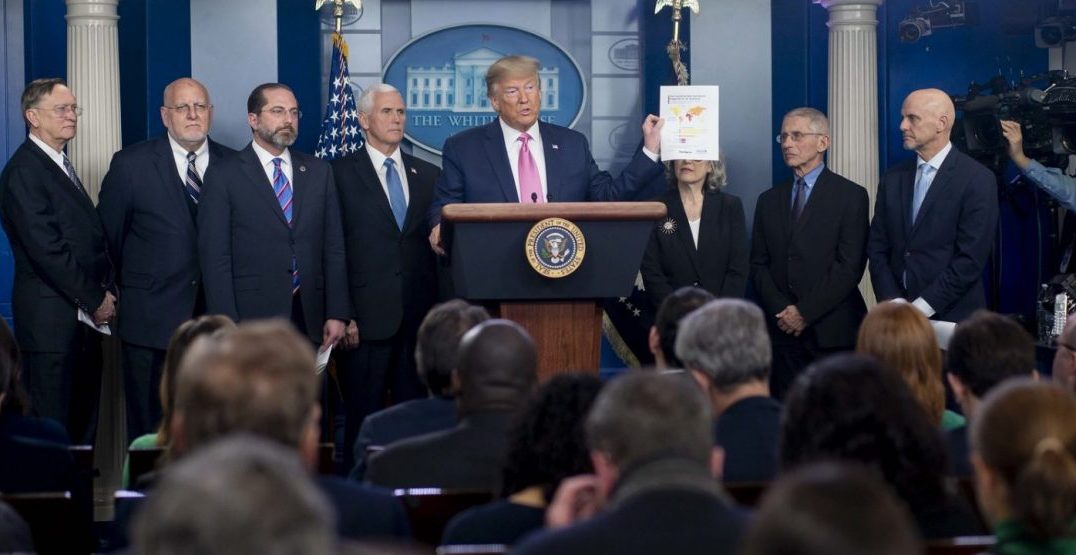 Early Thursday, the US Senate passed a bill that would see an $8.3 billion budget for the prevention of coronavirus spread. On Friday, President Donald Trump signed the bill saying, “I asked for 2.5, and I got 8.3. I’ll take it.”

The bill is meant to provide the CDC and local governments with the funding and tools needed to combat the spread of coronavirus.

Part of the funds will also go toward ramping up the production and deployment of tests to health officials around the country.

In just two days since LA County announced its declaration of a public health emergency, the confirmed cases number has almost doubled, rising from 148 to 260 at the time of writing.

As far back as January, the government of the United States placed travel restrictions to mainland China, something Trump applauded his team for doing just last week during an address.

From the moment President @realDonaldTrump took unprecedented action in January to respond to the Coronavirus, @3M made the decision to go to full capacity in the production of crucial respiratory masks that protect health care providers who are caring for patients.

With approximately 100,000 CoronaVirus cases worldwide, and 3,280 deaths, the United States, because of quick action on closing our borders, has, as of now, only 129 cases (40 Americans brought in) and 11 deaths. We are working very hard to keep these numbers as low as possible!

According to Secretary Alex Azar, the production and shipment of the promised equipment and kits are “on schedule” and more are coming.