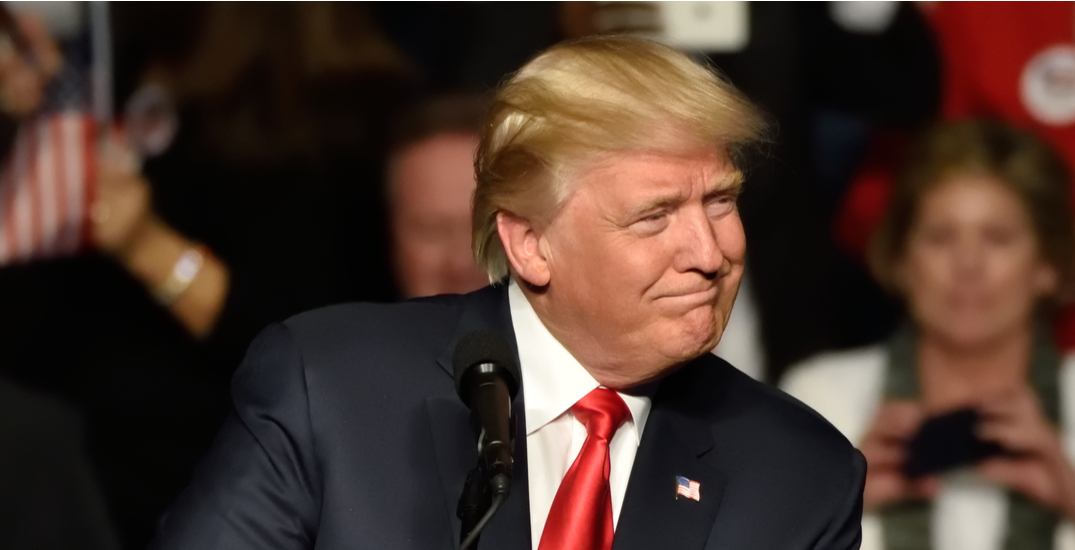 President Trump spoke to the American public this afternoon, this time discussing “phony, fake polls” as well as “the corrupt Democrat machine.”

He suggested that the media used suppression polls to create the illusion of momentum for Democratic candidate Joe Biden. “The polls were knowingly wrong… They thought there was going to be a big blue wave, that was done for suppression reasons,” he said.

His next big issue with the current election: mail-in voting.

“I’ve been talking about mail-in voting for a long time. It’s really destroyed our system,” he said. “It makes people corrupt even if they aren’t by nature but they become corrupt — it’s too easy.”

Trump continued talking about polls being set up, citing the fact that the counters “want to see how many votes they need, then they seem to find them. They wait and wait and then they find them, and you see that on election day.”

He used North Carolina as an example. “We were ahead by a lot — tremendous amount of votes. We’re still ahead by a lot, but not as many because they’re finding ballots.”

“They’re trying to steal an election, they’re trying to rig an election,” Trump said. “[Democrat officials] never believed they could win this election honestly — that’s why they did the mail-in ballots, where there’s tremendous corruption and fraud going on.”

“This was by design despite years of claiming to care about the election security. They refuse to include any requirement to verify signatures, identities are even determined whether they’re eligible or ineligible to vote. People are just walking in there, they have no idea, they’re just taking numbers, they’re writing down things, the workers, they’re just doing a lot of bad things, and we have a lot of information coming and litigation.”

Towards the end of his speech, Trump concluded by saying that “there have been a lot of shenanigans, and we can’t stand for that in our country.”