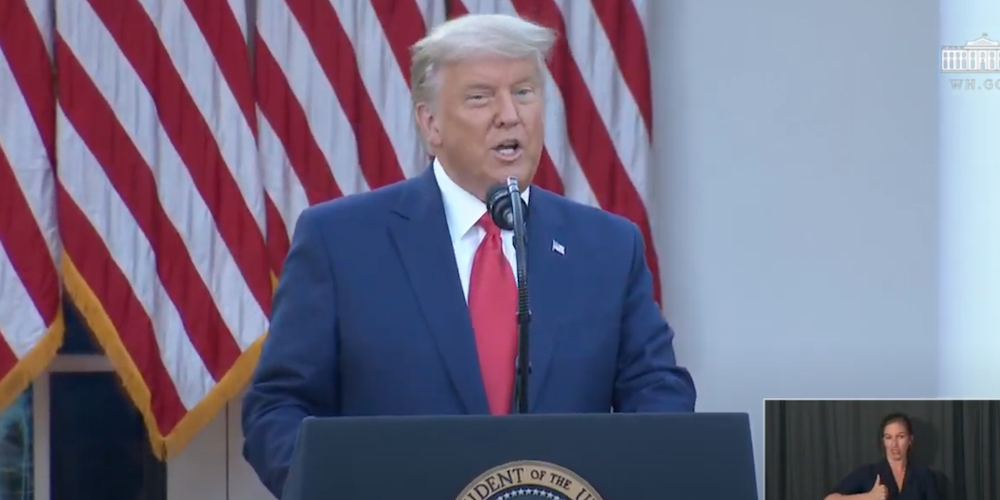 President Donald Trump has announced that four vaccines are currently in their final trial stages.

During a Friday press conference regarding Operation Warp Speed, Trump assured the American public that the administration will not be going into lockdown. He also credited his administration to the speed at which vaccines have been created.

“The average timeline can take eight to 12 years,” he said. “Through Operation Warp Speed, they’re doing it in less than one year.

Trump said the vaccines will be coming in a matter of weeks and will be free to the American public and distributed first to frontline workers, the elderly, and those with underlying health conditions.

Trump’s administration is planning to vaccinate around 20 million Americans by the end of December.

The president closed his remarks by mentioning that all Americans have had access to ventilators.

“We haven’t had one person in this whole country that requested a ventilator that doesn’t have it. Now, we’re helping the rest of the world with ventilators.”