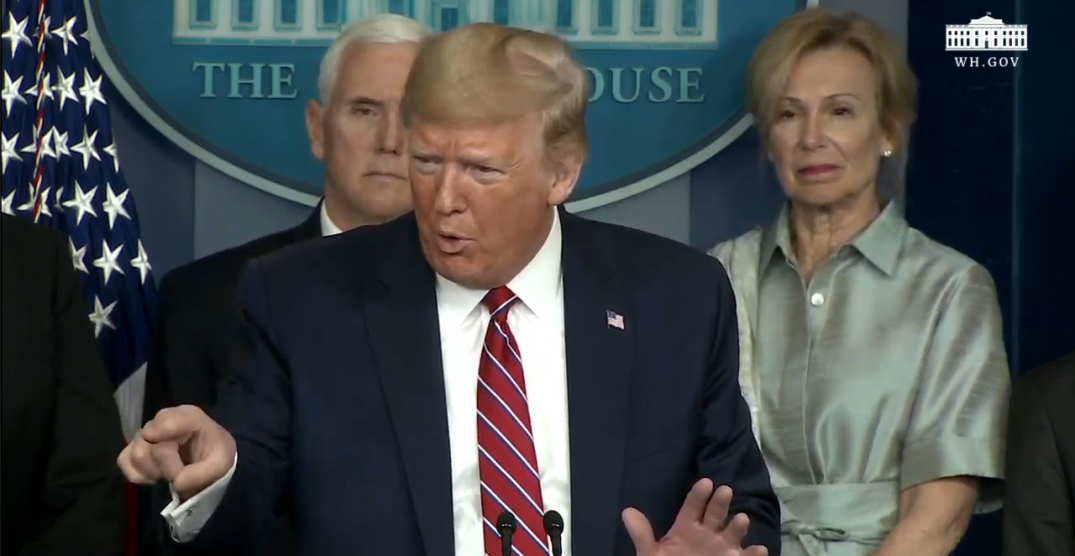 What began as the now normal daily update from the White House, the Coronavirus Task Force, and President Donald Trump on Friday, quickly devolved into a tense situation in the press room as the leader took umbrage with the questions sent his way by the press corps.

One reporter, Peter Alexander of NBC, prodded the president to give the American people hope by asking “what do you say to Americans who are scared?”

To which Trump replied, “I’d say, you’re a terrible reporter.”

Vice president Mike Pence, who is leading the Coronavirus Task Force at the White House — came back later with a more level-headed response to Alexander’s question.

Shortly after showing verbal and visual ire at Alexander, Trump called on former White House Press Secretary Sean Spicer to answer a question by addressing him as “you, in the back.”

When Secretary of State Mike Pompeo was asked “what message it sends to other countries when you have your president lashing out at reporters like that?”

Pompeo agreed that “I’ve had my frustration with the media too,” before calling out unspecific outlets for things he has seen reported, “wildly inaccurately.”

Jokingly, Pompeo told Trump “I think I’ve worn them out,” when the president asked the press to continue addressing the secretary of state with their questions.

Trump wrapped up the press conference by saying “the ones that really deserves the credit, are the American people.”