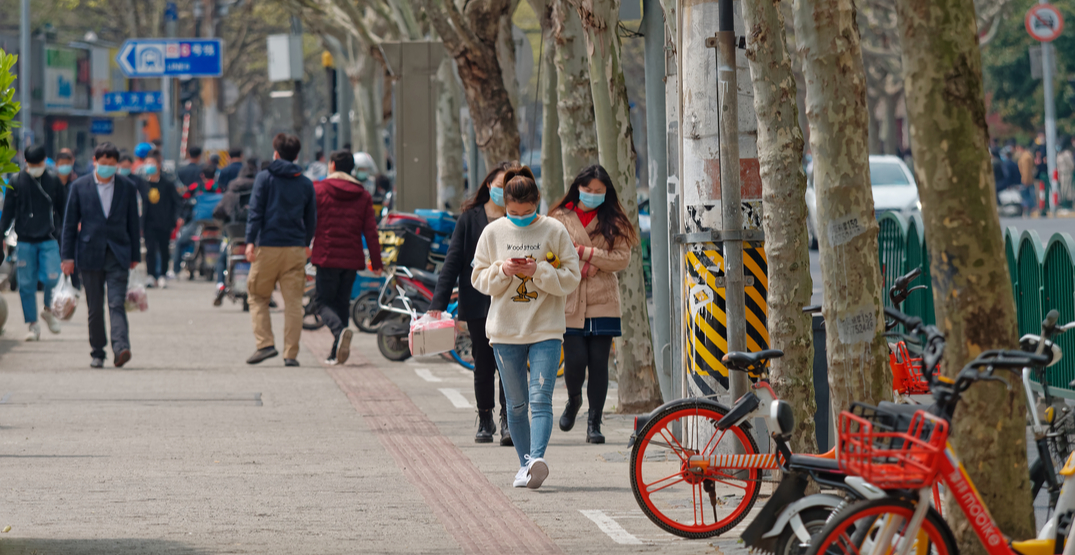 Popular tourist sites in China experienced large numbers of visitors over the weekend despite health authorities warning the public that the risk of COVID-19 contagion remains high, CNN reports.

Massive crowds ventured to the Huangshan mountain park in Anhui province on Saturday, many equipped with face masks, anxious to be outside following an extensive lockdown period and stringent travel measures that limited mobility for residents across the country.

According to a report published by state media outlet Global Times, the number of people at the tourist destination was so high that authorities took the unusual action of proclaiming that the park had already reached its 20,000-person quota for the day, an action that would be seen as understandable were it not for the fact that it was declared at 7:48 am.

Before that announcement, the southern gate of the park was closed at 6:24 am due to full capacity, and a third notice was issued at 10:42 am, suggesting that visitors adjust their travel plans to come on a different day.

Global Times says the increase in visitors could have been a result of the park waiving its usual 190 yuan ($26.97 USD) entrance fee to residents of the province as a way of promoting tourism.

“From April 1 to 14, residents in the province can visit 31 scenic spots in Huangshan city without any entrance fee.”

The influx of public outings was not limited to the Huangshan mountain park, however.

According to CNN, Shanghai’s famous Bund waterfront also experienced a resurgence of shoppers and tourists following weeks of vacancy.

“Many of the city’s restaurants that were shuttered only days ago also appeared to be doing a brisk trade,” the report states, “with several requiring reservations to enter.”

The country was hesitant to reopen facilities, as plans to gradually open public venues, such as movie theatres, in late March were canceled only two weeks after being told to resume operations.

According to another report issued by Global Times, multiple tourist attractions in Shanghai were reopened for just ten days before they were closed again on March 31.

“The abrupt return to apparent normality comes more than three months after the virus was first detected in the Chinese city of Wuhan,” CNN’s report explains.

“The outbreak, which has since spread around the world infecting more than a million people, saw much of China brought to a near standstill in an effort to contain transmissions.”

In a press release published by state officials on Tuesday, Chinese authorities urged the implementation of more stringent measures of control surrounding the coronavirus pandemic.

“Safety protection and self-management should not be relaxed to ensure that people [do] not get together,” the release, initially published in Chinese, states.

“Do not gather. Supermarkets, restaurants, and other market players must strictly prevent and control measures such as body temperature detection, flow control, and safety distance to eliminate potential risks.”

With the number of new confirmed cases in China allegedly continuing to decline, the government has tentatively begun to reopen businesses as a means of revamping the country’s economy, which was significantly impacted across all sectors due to the coronavirus pandemic.

However, only time will tell if these decisions were implemented too soon as fears for a “third wave” of infections continue to grow.

CNN’s report explains that China’s actions of relaxing its coronavirus measures are somewhat premature, according to Hong Kong experts.

In the report, epidemiologist Yuen Kwok-yung explains that there could be a “new wave” of coronavirus cases in mainland China, “off the back of imported infections from Europe and the US.”

According to Johns Hopkins, as of April 7, China has 82,718 confirmed known cases of coronavirus, with 77,410 total known recoveries.