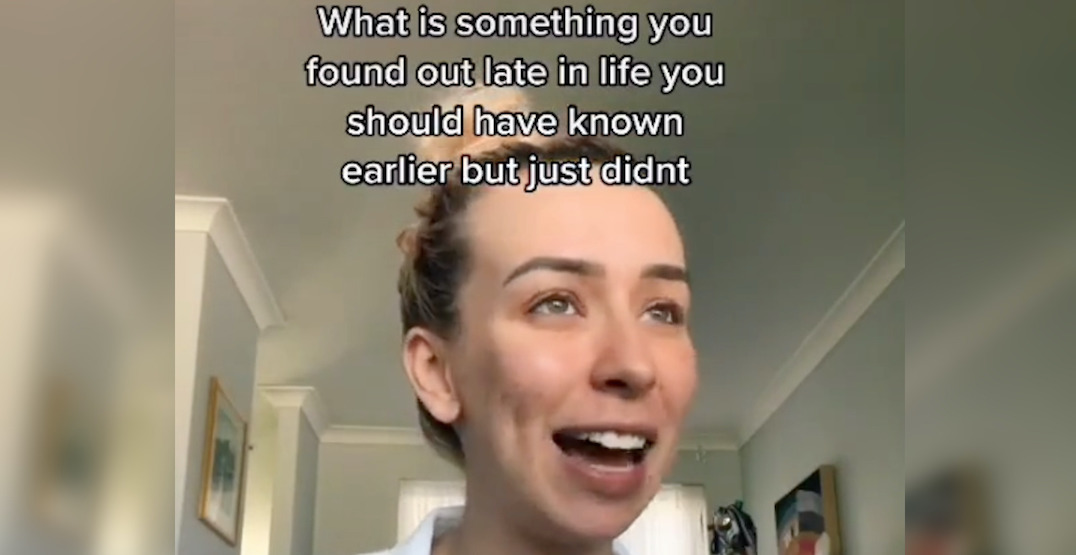 The phrase “I’ve learned more on this app than all my years in school” really does run true for TikTok.

With over 680 million people using the app, it’s no wonder that there’s a plethora of information floating around. You can find hacks for everything from easy DIYs to food prep.

Here are 15 things that TikTok taught us that are sure to blow your mind:

@sydjkell#stitch with @sooklyn #ColorCustomizer I have toooo many of these. I’ll do another weather one. #embarassing #iwastodayyearsold♬ original sound – Syd

Numbers on a toaster mean how many minutes it’s in there for, not the level of toastiness.

Self-care doesn’t have to be glamorous. “It’s figuring out a way to accept yourself.”

If you get hard acne lumps under your skin, get a hand towel and bunch it up to make a point, wet it in hot water, and push it onto the pimple for about a minute. It reduces the pimple or gets rid of it by the next morning.

Bananas are easier to peel from the bottom.

If you’re on hormonal birth control, your period is fake. It’s just a simulated period.

@renaissancewomanhood#stitch with @sooklyn How did I know so little about the meds I was taking?? 😱 #periodtiktok #birthcontrol #nowyouknow #WordsOfWisdom♬ original sound – Mel | Renaissance Womanhood

McJagger isn’t a real name. His name is MICK JAGGER.

Life sentences in the US are 25 years, not the prisoner’s entire life.

The phonetic alphabet is an actual alphabet that many people know. It’s not just coming up with random words that start with the same letter as what you’re spelling.

@supermariosister#stitch with @sooklyn I WISH I was kidding, bet the ppl I called were like ???? kitkat ?????♬ original sound – 🦋Han🦋

It’s not illegal to turn on the lights in a car while you’re driving. Parents just say that because it’s annoying.

When you forget what side your fuel cap is on, there’s an arrow on the dashboard that indicates if it’s on the driver or passenger side.

@coensealey#stitch with @sooklyn I suck… tell me I’m not the only one! #needtoknow #didyouknow♬ original sound – Coen Sealey

When bears hibernate, they don’t sleep uninterrupted through the entire winter. Sometimes, they do wake up and go back to sleep.