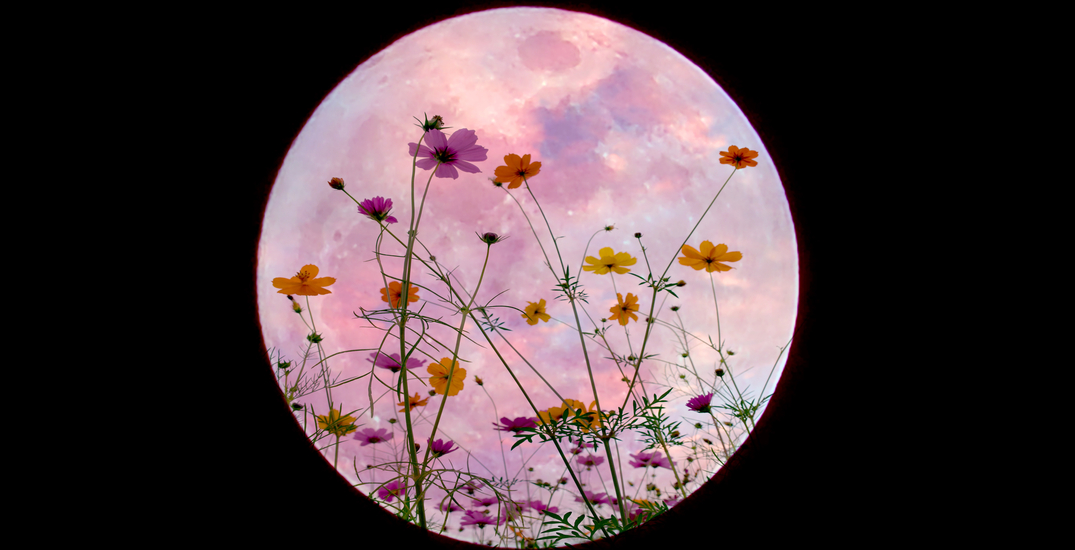 A celestial spectacle is coming to Pacific Northwestern skies this month.

According to the Old Farmer’s Almanac, a ginormous Super Flower Moon and total lunar eclipse will coincide in the early hours of May 26.

May’s Flower Moon will be the biggest and brightest full moon of the year, reaching peak illumination at 7:14 am EDT on May 26.

Make sure to venture outside the night before, as the moon will be below the horizon by then.

The eclipse will begin a few hours earlier, at 4:46 am EDT. The moon should be fully engulfed in the earth’s shadow by 5:45 am EDT.

During a total lunar eclipse, the moon takes on a reddish hue, which is where the term “blood moon” originated.

“The moon will be very low in the sky during the eclipse, so find a high vantage point with a clear horizon for the best view,” the Old Farmer’s Almanac advises.

As with April’s Pink Moon, May’s moon earned its name due to the abundance of flora breaking into bloom this month.

The Flower Moon goes by several other names that herald the warmer months – and farming season – that lay ahead, such as the Budding Moon and the Corn Planting Moon.

Check out the Old Farmer’s Almanac to see when this month’s Super Blood Flower Moon will be visible in your area. Happy moongazing!